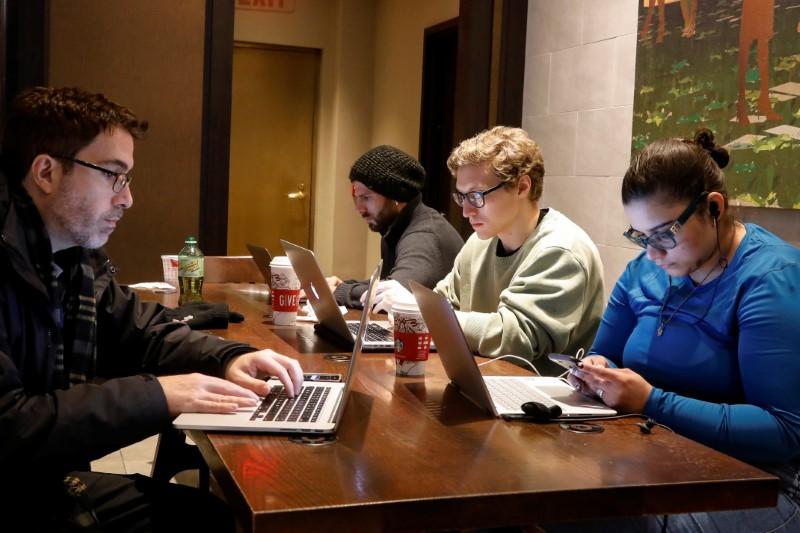 FILE PHOTO: Customers use the internet at a Starbucks in the financial district in New York City, U.S., December 14, 2017. REUTERS/Brendan McDermid

The request was made even though the Federal Communications Commission voted along party lines to toss out the 2015 rules late last year, rendering the fight over their legality moot.

In a filing to the Supreme Court, the Trump administration said the question for the court was “whether the now-superseded 2015 order was invalid because it exceeded the FCC’s statutory authority, was arbitrary and capricious, was promulgated without adequate public notice, or violated the First Amendment.”

The FCC’s decision to repeal the 2015 net neutrality rules was widely considered a victory for internet service providers, or ISPs, like Verizon Communications Inc or Comcast Corp, over internet companies like Netflix Inc or Facebook Inc which depend on ISPs to carry their content to customers.