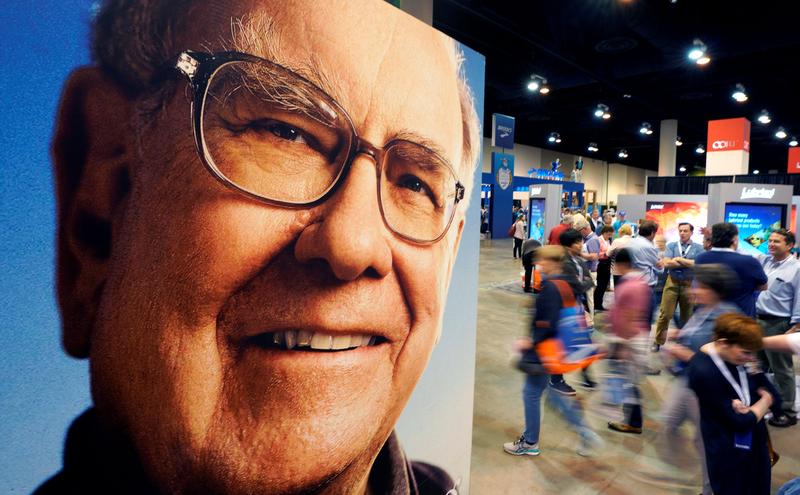 FILE PHOTO: Shareholders walk through the exhibit hall at the Berkshire Hathaway Inc annual meeting, the largest in corporate America, in its hometown of Omaha, Nebraska, U.S., May 4, 2018. REUTERS/Rick Wilking/File Photo

“Good results across the board,” said Doug Kass, who runs the hedge fund Seabreeze Partners Management Inc in Palm Beach, Florida. He has previously sold Berkshire shares short, betting on a decline, but is not doing so now.

Analysts on average expected operating profit of $3,387 per share, according to Thomson Reuters I/B/E/S.

Berkshire is based in Omaha, Nebraska, and has more than 90 businesses in the insurance, chemicals, energy, food and retail, industrial parts, railroad and other sectors.

Their day-to-day operations are overseen by Greg Abel and Ajit Jain, each seen by investors as a possible successor to Buffett, 87, as chief executive. Buffett and Vice Chairman Charlie Munger, 94, handle major capital allocation decisions.

Book value per Class A share, reflecting assets minus liabilities and a preferred measure of growth for Buffett, rose 3 percent in the quarter to $217,677.

Berkshire also ended June with $111.1 billion of cash and equivalents, some of which Buffett could use to repurchase stock under a new policy giving him and Munger more freedom to buy back stock they considered undervalued.

Buffett has not bought back stock in 2018, but has spent money on stocks, and Berkshire said it ended June with a $47.2 billion stake in Apple Inc.

Apple’s share price at the time suggests that Berkshire may have bought about 15 million Apple shares in the second quarter, on top of 239.6 million it already owned.

Berkshire spent $6.08 billion on equities in the quarter. It did not immediately respond to a request for comment.

Geico’s pre-tax underwriting profit rose to $673 million from $119 million, after it boosted rates in response to rising accident and storm losses.

Float, or insurance premiums collected before claims are paid and which help fund Berkshire’s growth, ended June at $116 billion.