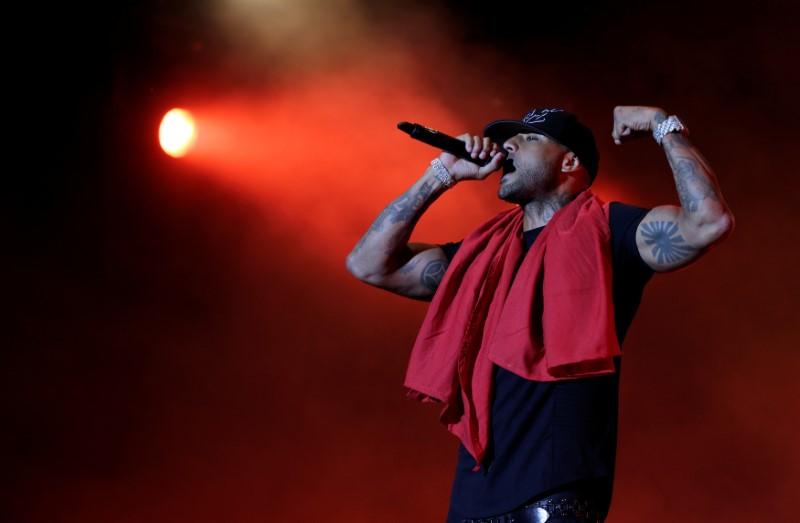 PARIS (Reuters) – French judges ruled on Saturday that two celebrity rappers should be held in custody ahead of their trial in a month’s time following a brawl in the departure lounge of a Paris airport earlier this week.

The two, Booba, 41, and Kaaris, 38, were arrested on Wednesday in the aftermath of a fight between their respective entourages, during which punches and kicks were exchanged and bottles containing perfume were thrown, sending other passengers scurrying for safety.

Booba, whose real name is Elie Yaffa, has sold millions of records and is one of France’s most downloaded artists.

Judges at the court in the Paris suburb of Creteil set the trial for Sept. 6, citing a risk of further violence to justify the decision to hold the rappers and nine other suspects in jail.

Potential penalties would range from a 750 euro fine to several years in jail and fines of more than 100,000 euros depending on the circumstances and the severity of any injuries, under French law.

“On both sides, we’re disappointed,” said Yassine Yakouti, a lawyer for Kaaris. “There are a number of people who in any case deserved to be free.”

The rappers, who once collaborated but fell out five years ago, have blamed each other for starting the fight at Orly airport.

Cell phone footage of the fight went viral on social media. Videos show the rap stars swinging punches at each other before others join in and a full-blown brawl breaks out in the lounge and a duty-free shop.

The incident forced several flights to delay their departures. ADP, which operates Orly airport, has filed a legal complaint.