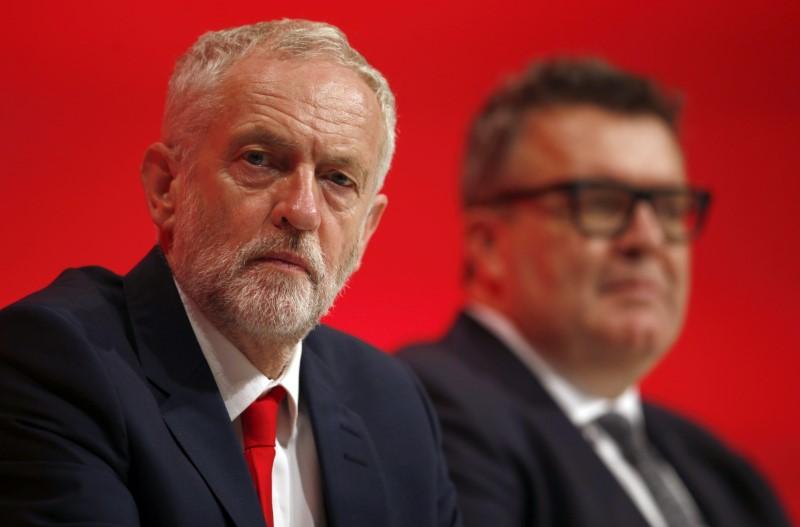 LONDON (Reuters) – The deputy leader of Britain’s opposition Labour Party increased pressure on its leader, Jeremy Corbyn, over anti-Semitism on Sunday, saying the party could “disappear into a vortex of eternal shame” unless he tackled a growing crisis.

Corbyn has been criticised by Jewish groups for what they describe as his tolerance of anti-Semitism in Labour, a crisis that has threatened his standing at a time when the governing Conservatives are struggling to unite behind a Brexit plan.

Corbyn’s attempt to defuse the crisis on Saturday by saying he was tackling the “real problem” of anti-Semitism in the party fell flat for several Jewish groups, one of which — the Jewish Labour Movement — called for action, not words.

In an interview with the Observer newspaper on Sunday, deputy leader Tom Watson took aim at Corbyn saying the party had to “take a long, hard look at ourselves, stand up for what is right and present the party as fit to lead the nation – or disappear into a vortex of eternal shame and embarrassment”.

“I think it’s very important that we all work to de-escalate this disagreement.”

He called on Corbyn to adopt in full an internationally accepted definition of anti-Semitism. Labour says it has concerns about part of the definition but had re-opened discussions to take into account Jewish community concerns.

The Labour Party has been benefiting in the polls from a row in the Conservatives over Prime Minister Theresa May’s plans for Britain to leave the European Union, which has deepened divisions and raised the possibility of an early election.

But some Labour members fear the growing row over anti-Semitism will damage the party before an election, which is due in 2022.