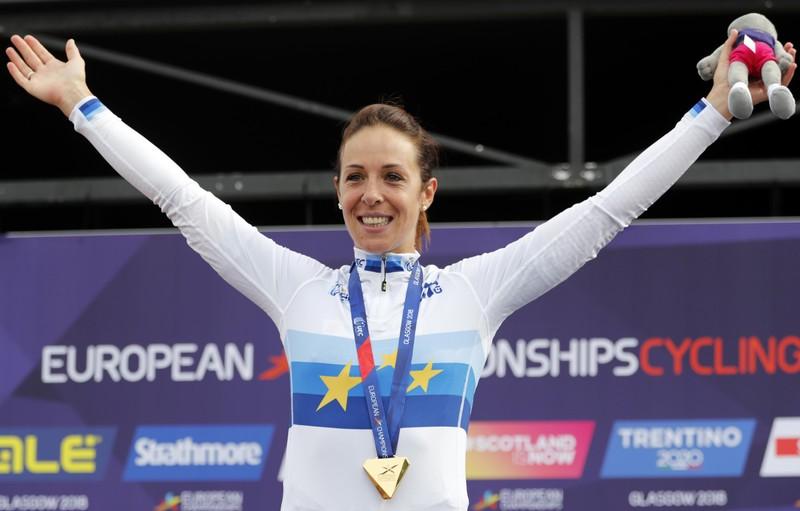 The Dutch team seemed to be controlling affairs at the end of the 130km race, ready to set up victory at the Glasgow Green finish for Vos, only for former world champion Bastianelli to beat her to the punch with a scintillating final burst.

Vos, often hailed as the greatest woman cyclist in history, roared through for the silver but her fellow 31-year-old rival had already flown, beating the Dutchwoman just as she had done at their world championships duel in Stuttgart in 2007.

After nearly three and a half hours of fascinating racing on the undulating nine-lap course, Germany’s Lisa Brennauer, gold medalist in Saturday’s individual pursuit on the track, took the bronze.