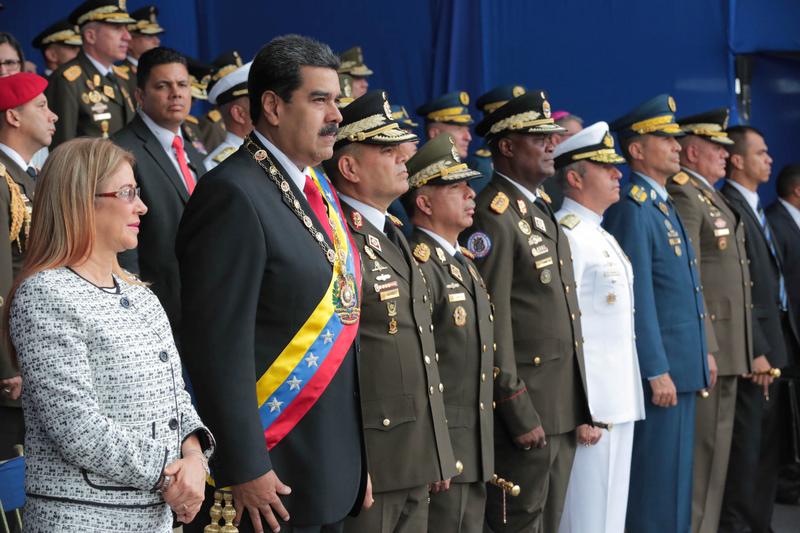 CARACAS (Reuters) – Drones loaded with explosives detonated close to a military event where Venezuelan President Nicolas Maduro was giving a speech on Saturday, but he and the rest of the government escaped unharmed in what Information Minister Jorge Rodriguez said was an “attack” against the leftist leader. Seven National Guard soldiers were injured, Rodriguez added.

A broadcast by Maduro was cut short during an outdoor speech at a military event in Caracas and soldiers were seen running before the televised transmission was cut off.

While Maduro was speaking about Venezuela’s economy, the audio suddenly went and he and others on the podium looked up, startled. The camera then panned to scores of soldiers who started running, before the transmission was cut.

Venezuela is living under the fifth year of a severe economic crisis that has sparked malnutrition, hyperinflation and mass emigration.

Last year, rogue police officer Oscar Perez hijacked a helicopter and fired at government buildings in what he said was an action against a dictator. Perez was hunted down and killed by Venezuelan forces in January.

A National Guard captain, Juan Carlos Caguaripano, early last year attacked a military base with a group of current and former military officials. He was captured soon after.