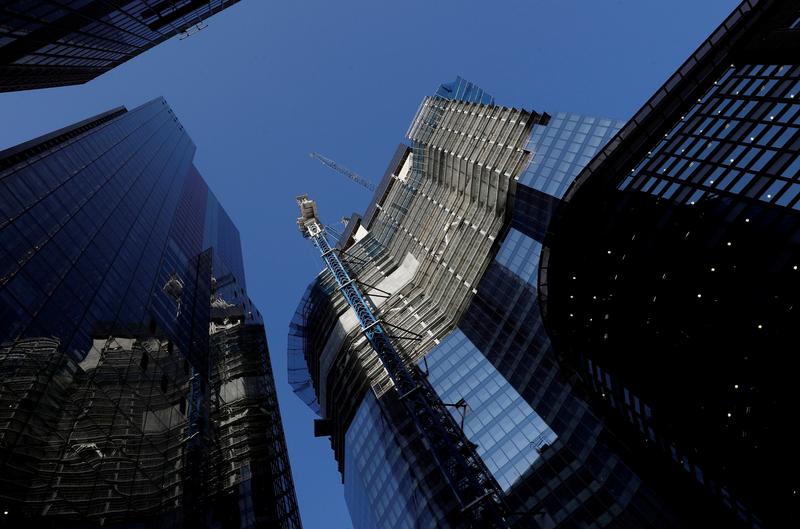 LONDON (Reuters) – Insurer Hiscox (HSX.L) is the first company to sign up for space in City of London tower Twentytwo, taking a 19-year lease over three floors of the building, lead investor AXA Investment Managers – Real Assets said on Monday.

French insurer AXA’s (AXAF.PA) real estate investment arm briefly put the 62-storey building, which will be the tallest in the so-called Square Mile area, on ice after Britain’s vote to leave the European Union in 2016, but resumed work later that year.

The building at 22 Bishopsgate, which analysts estimate will cost more than 1 billion pounds to construct, is due to be completed in late 2019, AXA IM – Real Assets said in a statement.

The firm is co-investing in the building, which industry sources said is considered a bet on London’s real estate market after Brexit, with Singapore’s Temasek Holdings and Canada’s Public Sector Pension Investment Board, according to a source familiar with the matter.

Hiscox has taken around 7,000 square meters over the 8th, 9th and 10th floors, with an option for further space, on a lease expiring in 2037, AXA IM said. It did not give financial details of the transaction.

CBRE and JLL acted for the Twentytwo building and BH2 acted for Hiscox, AXA IM said.

Reporting by Carolyn Cohn in London and Esha Vaish in Stockholm; Editing by Kirsten Donovan