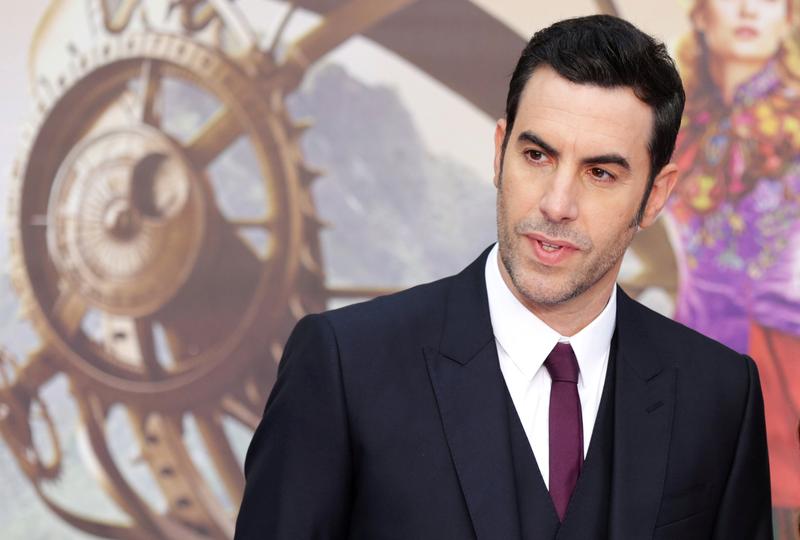 LOS ANGELES (Reuters) – The head of cable channel Showtime on Monday heaped praise on British comedian Sacha Baron Cohen, saying the risk of broadcasting his satirical new series had paid off and that he hoped there would be more.

FILE PHOTO: Actor Sacha Baron Cohen arrives at the European Premiere of Alice Through the Looking Glass at a cinema in London, Britain, May 10, 2016. REUTERS/Paul Hackett/File Photo

Showtime President David Nevins said the channel had taken a “leap of faith” with the series “Who is America?” in which Baron Cohen adopts different personas and pranks American politicians, pop culture figures and others into saying outrageous things.

“It has generated a lot of controversy and a lot of new sign-ups. It’s a risk I’m really glad that we took,” Nevins told the Television Critics Association while promoting the upcoming lineup for Showtime, a unit of CBS Corp.

Nevins said the audience for the seven-episode series had “grown dramatically” over the first month but did not provide details.

“I think Sacha is one of the great comedians of our time. I think he is the Daniel Day-Lewis of comedy,” said Nevins, referring to the three time Oscar-winning British star of “Lincoln.”

The series, in which a disguised Cohen interviews subjects who do not realize they are working with a comedian, has featured a congressman supporting the idea of arming children as young as 3 to stop school shootings and former Vice President Dick Cheney signing a jug described as a “waterboarding kit.”

Last month, Georgia state lawmaker Jason Spencer resigned after being seen yelling racial slurs and dropping his pants on the show after being told by one of Cohen’s personas that it would intimidate terrorists.

Although the show has attracted the most controversy because of the episodes featuring conservative politicians and public figures, Baron Cohen has also taken aim at political correctness and the cult of celebrity.

“I don’t know what he is saying about America. Clearly we are living in a time of extremes – no question about that,” Nevins said.