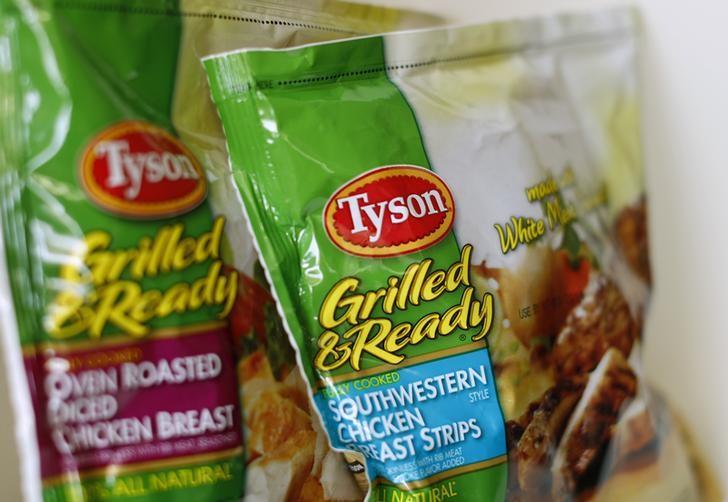 China is importing less U.S. pork after Beijing imposed tariffs on American shipments as part of an escalating trade war with Washington. Mexico and Canada also implemented levies, leading to oversupply and, subsequently, lower prices for meat in the U.S. market.

Lower prices for pork and beef were also reducing demand for Tyson’s chicken, according to the company.

“We are clearly not satisfied with our results, particularly in chicken,” Chief Executive Officer Tom Hayes said on the call.

Sales increased in Tyson’s beef business due to higher exports and increased supplies, according to the company. The unit had a record operating income of $318 million in the quarter, up from $147 million a year earlier, Tyson said.

“Our challenge really comes down to pork and chicken,” Hayes said.

Tyson shares jumped 3 percent to $59.50 in morning trading, after the stock price fell to approach a two-year low last week.

Analysts on average had expected earnings of $1.40 per share on revenue of $10.28 billion, according to Thomson Reuters I/B/E/S.