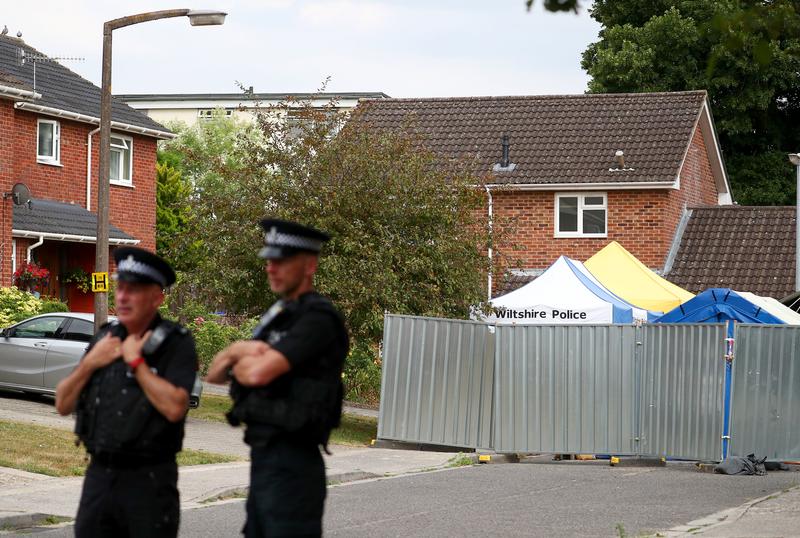 LONDON (Reuters) – Britain is ready to ask Russia to extradite two men it suspects of carrying out a nerve agent attack on a Russian former spy in the English city of Salisbury, the Guardian newspaper reported on Monday, citing government and security sources.

The newspaper said prosecutors had completed the extradition request and it was ready for submission.

Sergei Skripal, a former colonel in Russian military intelligence who betrayed dozens of agents to Britain’s MI6 foreign spy service, and his daughter Yulia, were found unconscious on a public bench in Salisbury in early March.

Britain blamed Russia for the poisonings and identified the poison as Novichok, a deadly group of nerve agents developed by the Soviet military in the 1970s and 1980s. Russia has repeatedly denied any involvement in the attack.

The extradition request is likely to be rejected by Russia – and risks inflaming diplomatic tensions between London and Moscow, which are the worst since the Cold War.

The Russian constitution forbids the extradition of Russian citizens to another state. Russian officials refused to hand over the men wanted for the murder of Alexander Litvinenko with a rare radioactive isotope in 2006.

An investigation by hundreds of British police and intelligence officers have pieced together the movements of the two Russians, from their entry into Britain through to their departure, the Guardian reported.

After the attack on the Skripals, allies in Europe and the United States sided with Britain’s view of the attack and ordered the biggest expulsion of Russian diplomats since the height of the Cold War.

Russia retaliated by expelling Western diplomats. Moscow has repeatedly denied any involvement and accused the British intelligence agencies of staging the attack to stoke anti-Russian hysteria.

Since then, a British woman, Dawn Sturgess, died last month after coming across a small bottle containing Novichok near Salisbury where the Skripals were struck down. Her partner, Charlie Rowley, was also stricken.

The motive for attacking Skripal, then aged 66 who was exchanged in a Kremlin-approved spy swap in 2010, is still unclear, as is the motive for using an exotic nerve agent which has such clear links to Russia’s Soviet past.

The decision to press for extradition follows a debate within the government, divided between those who want to ratchet up the response to Russia and those who see the request as a futile political gesture, the Guardian reported.