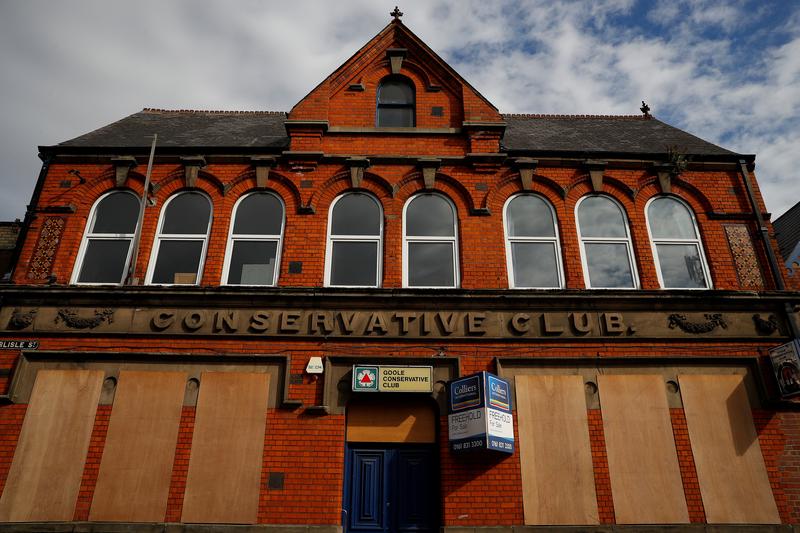 KNOTTINGLEY, England (Reuters) – To Paul Green, a club steward in northern England’s ‘rust belt’, Britain is so broken that he would vote for Brexit again were he to get another chance.

Green, who runs a Miners’ Welfare Club in an area where there are no longer any working miners, says both of Britain’s main political parties have shown no interest in the Yorkshire town of Knottingley for generations.

“It’s desperate really – I feel that Knottingley is a forgotten community, and all the surrounding areas are forgotten communities as well, through lack of investment and red tape,” he said, standing in a youth boxing gym at the club.

The 55-year-old former railwayman is not alone. Such anger drove many Britons to vote to leave the European Union in 2016, though tumult in the Brexit process has prompted some supporters of EU membership to call for a rerun of the referendum.

With Britain due to leave on March 29, 2019, the country, its politicians and its business leaders remain deeply divided over Brexit. Recent opinion polls show voters think Prime Minister Theresa May is handling the process badly and there may be a slight move towards support for staying in the EU.

May, who has ruled out another referendum, is trying to clinch a Brexit divorce deal with Brussels that pleases both sides of her divided Conservative Party as well as the Northern Irish kingmakers who prop up her minority government.

Local people complain there are few jobs in Knottingley. Like many areas in northern England, it has been left behind by a global economy that has brought cheaper coal imports from the likes of Colombia and Russia, and a push towards generating power from cleaner gas and wind turbines.

Unemployment in Yorkshire and neighbouring Humberside is 4.5 percent, only slightly more than the national rate. But while the county includes the vibrant city of Leeds and the prosperous spa town of Harrogate, life is tougher in the old mining areas.

Green’s club originally catered for workers at Kellingley Colliery just outside the town, which was Britain’s last deep coal mine. It closed in 2015, leaving only open cast operations as a remnant of the country’s once dominant coal industry.

Green casts the wider United Kingdom as crumbling: a London-focused media, bureaucrats who ignore the wishes of the people, and police and health services stretched to breaking point.

Politicians live in a bubble, he said. “We are just totally let down aren’t we and they are not listening.”

Green, who voted “leave” in 2016 because he wanted money paid to Europe reinvested in his community, is dismayed by the chaos in both the Conservative and Labour parties and by May’s Brexit negotiation.

“It is just a shambolic joke now – every time you put telly on there is inhouse fighting,” Green said. “I would still vote to go out.”

What would he tell May about Brexit? “Just get on with it. We are a nation of fighters – we are not going to crumble. Let’s crack on, get out and get some investment back into this country,” he said.

Goole port, 30 km (20 miles) to the east, once shipped British coal out. Now it imports bricks, vegetable oil and timber from Europe and beyond.

However, Siemens plans to build a train factory in Goole, investing up to 200 million pounds ($260 million) and employing up to 700 people. The German engineering group is just one of a number of companies to warn of the dangers of leaving the EU without a deal with Brussels. [nL8N1TM433]

Others say Brexit could hurt communities like Knottingley or Goole much more than London or Leeds, which voted to remain in the EU.

“If we crash out without a deal the people who have least are going to be hurt most,” former Conservative prime minister John Major said, adding he did not rule out another referendum.

Major cited unpublished government research that showed the northeast – another region hit hard by mine closures – might lose 16 percent of its gross domestic product if Britain left the EU without a deal.

There is little sign of Brexit regret in Goole.

In an unscientific poll of 35 voters there, 11 told Reuters they had no view on Brexit, 15 wanted it as soon as possible, five said they voted to remain and four would consider switching to remain from leave if there were another vote.

“We should leave: we voted to leave, it is a democracy. The sooner we get out the better,” said John Corfield, 63, who served in the British army’s parachute regiment. “I have not changed my mind at all.”

When asked if he thought the north would be hit hard economically by Brexit: “We are hit hard anyway, so what is the difference?”