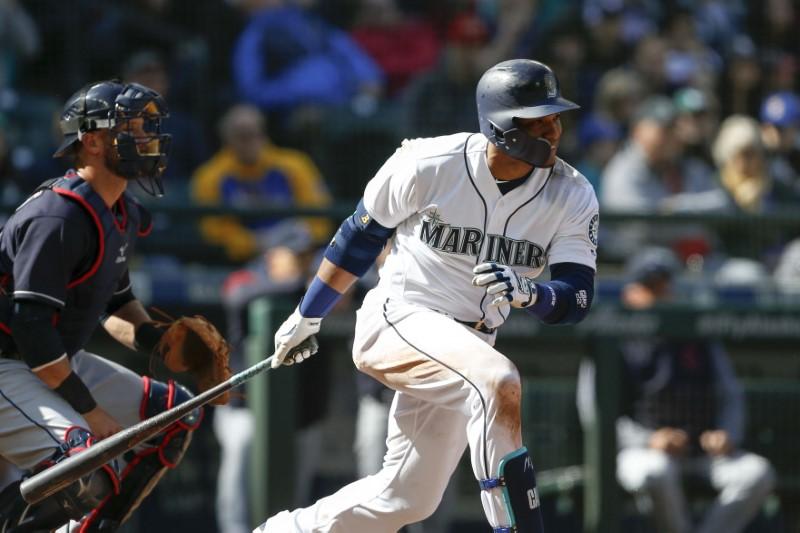 Robinson Cano will begin his journey back to the Seattle Mariners with Triple-A Tacoma on Monday night. The team announced that Cano, who is due to return soon from an 80-game suspension for violating league drug rules, will be in uniform for the Rainiers.

Cano, 35, was placed on the disabled list May 14, the day after he sustained a broken hand when he was hit by a pitch in Detroit. Major League Baseball announced the suspension the next day. He is eligible for reinstatement on Aug. 14.

When Cano went on the DL, he was hitting .287 with four homers, 23 RBIs and a .441 slugging percentage. That’s offense the reeling Mariners can use.

After sitting in second place in the American League West with a firm grasp on a wild-card spot for much of the season, the Mariners are 3-7 in their last 10 games. They have fallen to 6 1/2 games behind the division-leading Houston Astros and 2 1/2 games behind surging Oakland for the second AL wild card.

—So often a seller when it comes to the trade deadline, the Oakland Athletics are a buyer this season, announcing that they and the Detroit Tigers struck a deal that sends right-hander Mike Fiers to the Bay Area in exchange for two players to be named later or cash considerations.

The two sides reportedly failed to reach a deal for Fiers before the July 31 non-waiver trade deadline. After July 31, players must clear waivers to be traded.

—Anaheim Angels center fielder Mike Trout will sit out a fifth consecutive game on Monday night after receiving a cortisone injection in his sore right wrist earlier in the day, according to a team statement. Los Angeles is hosting the Detroit Tigers.

The two-time AL MVP suffered the injury last week against the Tampa Bay Rays and hasn’t played since Thursday. Manager Mike Scioscia told reporters during the weekend that Trout’s injury doesn’t prevent the Angels star from throwing, but affects his batting. Trout is hitting .309 with 30 home runs, 60 RBIs and 21 steals in 109 games this season.

—The Houston Astros placed center fielder George Springer on the 10-day disabled list with a sprained thumb, but that’s actually good news compared with what the team feared a day earlier.

Per general manager Jeff Luhnow, Springer is expected to be out “about two weeks,” but he did not suffer a UCL sprain, meaning surgery will not be necessary.

Springer, 28, was injured Sunday in Los Angeles when he caught his thumb on Dodgers shortstop Chris Taylor’s glove during a stolen-base attempt in the third inning. Springer, the 2017 World Series Most Valuable Player, is batting .250 this year but has 19 home runs and 58 RBIs in 109 games.

Prior to being designated for assignment on Wednesday, Hechavarria hit .258 with three home runs and 26 RBIs in 61 games this season, starting 57 games at shortstop. On June 30, the defensive specialist saw his errorless streak end at 94 games and 319 total chances — both Rays records for a shortstop.

The 29-year-old Hechavarria enters Monday with 734 games played at shortstop since 2013 — fifth in the majors in that time. His 35 triples since 2013 rank tied for third among all major leaguers, as well.

—Adolis Garcia earned his shot at the majors, and now he’s getting it.

The St. Louis Cardinals announced the purchase of the 25-year-old Garcia’s contract from Triple-A Memphis, a move made necessary after rookie outfielder Tyler O’Neill went on the 10-day disabled list with groin inflammation. O’Neill, 23, has appeared in 23 games for St. Louis, batting .309 with three home runs and nine RBIs.

—Just as Robbie Grossman’s bat seemed to be back on track, his body derailed his season, at least temporarily.

The Minnesota Twins placed the outfielder on the 10-day disabled list with a right hamstring strain he sustained Sunday during the club’s 6-5 win against Kansas City. Outfielder Johnny Field, claimed off waivers from Tampa Bay on Friday, will take Grossman’s place on the 25-man roster.

—The Chicago White Sox made a host of roster moves, hours before they began a three-game series at home against the New York Yankees.

Center fielder Leury Garcia, 27, was placed on the 10-day disabled list with a strained left hamstring. He sustained the injury Sunday during the club’s 8-7 win at Tampa Bay.