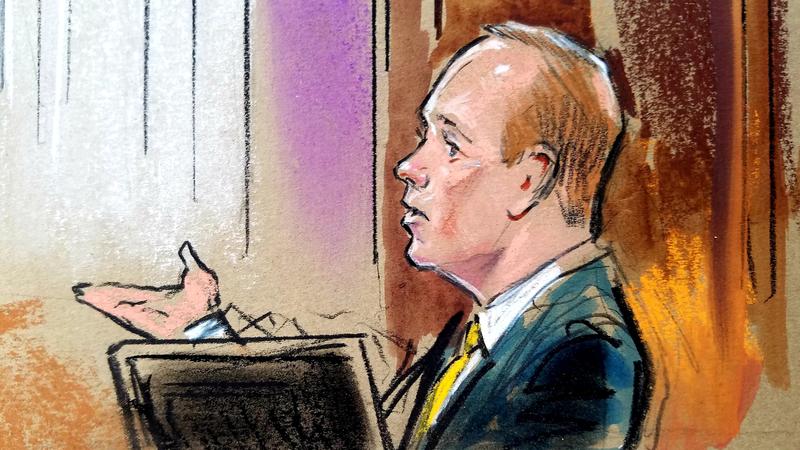 Gates, who also was an official on Trump’s campaign, pleaded guilty in February to lying to investigators and conspiring to defraud the United States and agreed to cooperate in Special Counsel Robert Mueller’s ongoing investigation into whether Trump’s campaign colluded with Russia.

On Monday Gates testified that he has met with prosecutors about 20 times. It is unclear what other information he may have provided to Mueller’s team.

Manafort, 69, has pleaded not guilty to 18 counts of bank fraud, tax fraud and failing to disclose foreign bank accounts.

Prosecutors are expected to continue questioning Gates on Tuesday morning before Manafort’s defense attorneys get their chance to cross-examine him.

Throughout the trial, they have tried to pin the blame for financial misdeeds on Gates, whom they also have accused of embezzling millions from Manafort’s consulting firm.

Gates admitted on Monday that he did steal money through inflated expense reports, but he said it was hundreds of thousands of dollars, not millions.

Manafort’s lawyers are expected to use the theft to try to undermine Gates’ credibility as a witness. They also are likely to bring up his making false statements to investigators.

Some observers who watched Gates’ testimony on Monday said they thought he was credible.

“He’s not an honest person,” said Susan Elson, 69, a retired attorney who came from Annapolis to watch the trial. “But I think he has totally folded. I don’t believe he’s holding anything back at this point.”

Prosecutors have accused Manafort and Gates of conspiring to hide a significant portion of the $60 million that Manafort earned through his political lobbying in the Ukraine for its then-President Viktor Yanukovych.

Later, when Yanukovych fell out of power and fled to Russia, the business struggled and prosecutors say Manafort lied to banks to obtain loans to help maintain his life of luxury.

One issue that could become an ongoing challenge for prosecutors on Tuesday is the extent to which they are allowed to admit evidence about Manafort’s Ukraine work and the oligarchs who paid him.

On Monday, Judge T.S. Ellis repeatedly clashed with prosecutors about the relevance of such testimony and once again urged them to speed things along.

Later, with the jury out of earshot, Ellis raised his voice at Greg Andres, scolding him for looking down when he was speaking to him and unnecessarily dragging the wealthy Ukrainian businessmen’s names “through the mud.”

Andres told him it was crucial to be allowed explain the role that oligarchs play in Ukraine’s political system.

“I don’t think it’s appropriate to not explain to the jury why these people are paying Mr. Manafort,” Andres said.