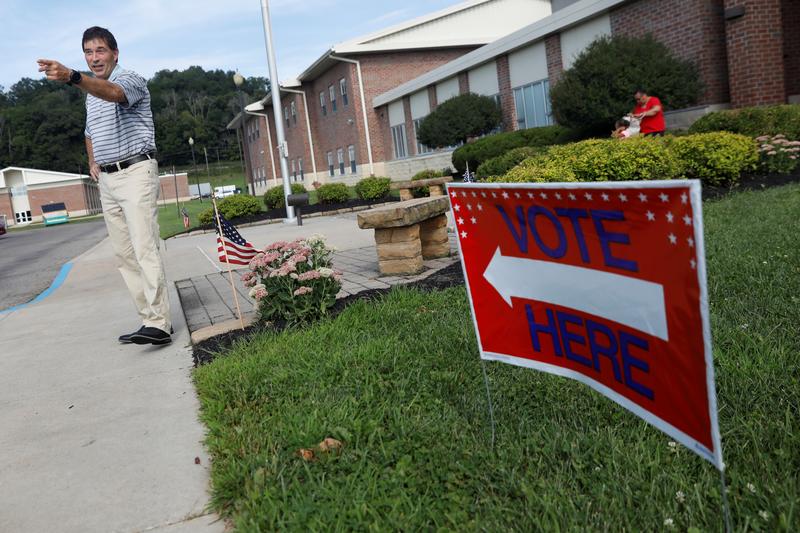 (Reuters) – A hotly contested race in Ohio for a U.S. House of Representatives seat that has gone Republican for more than 30 years remained too close to call on Wednesday, in an encouraging sign for Democrats heading into the Nov. 6 elections.

Republican Troy Balderson led Democrat Danny O’Connor by about 1,700 votes with all precincts reporting, although the Ohio secretary of state’s office said a final result would be delayed until more than 8,000 provisional and absentee ballots were counted.

Even if Balderson is eventually declared the winner, the narrow margin is little comfort for Republicans as they anxiously head into the November elections. It is certain to hearten Democrats, who performed dramatically better than expected.

The close Ohio special election has become a referendum on Republican President Donald Trump’s leadership and a last chance to gauge Democratic strength ahead of November’s midterm elections, in which the Republicans are defending majorities in both the House of Representatives and the Senate.

The central Ohio race was the marquee contest on a day when four other states held nominating contests, including a battle for governor in Michigan in which a mainstream candidate beat a progressive and a high-profile conservative challenge to the incumbent Republican governor in Kansas.

The Ohio contest drew an avalanche of national attention in recent weeks as polls showed it tightening, with Republicans and their allies outspending Democratic groups by more than 4 to 1.

Trump took credit for the apparent Republican victory, saying on Twitter that Balderson’s campaign took “a big turn for the better” after he campaigned for him in the district on Saturday.

However, Tiberi resigned before finishing his term, forcing the special election to replace him. O’Connor, who did not concede on Tuesday, and Balderson will face off again in November to serve a full two-year term.

Democrats need to pick up 23 seats in the House and two seats in the Senate to win majorities in those chambers and put the brakes on Trump’s agenda. All 435 House seats, 35 of 100 Senate seats and 36 of 50 governors’ offices are up for grabs in November.