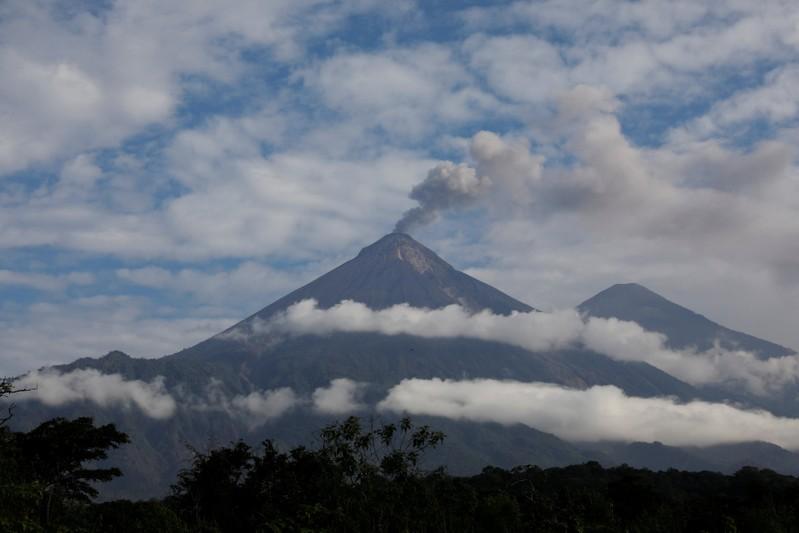 OSLO (Reuters) – Spraying a veil of sun-dimming chemicals high above the Earth to slow global warming could harm crop yields in an unintended side-effect of turning down the heat, U.S. scientists said on Wednesday.

Some researchers say a man-made sunshade, perhaps sulfur dioxide released high in the atmosphere, could limit rising temperatures and the after-effects like the wildfires that have ravaged California and Greece this summer.

But a U.S. scientific team found that big volcanic eruptions, such as Mount Pinatubo in the Philippines in 1991 and El Chichon in Mexico in 1982, cut yields of wheat, soy and rice after spewing sun-blocking ash that blew around the world.

Pinatubo’s eruption, for instance, reduced sunlight by 2.5 percent, cooled the planet by about 0.5 degree Celsius (0.9 Fahrenheit), and disrupted rainfall patterns, they wrote in the journal Nature.

And the study said any future “geoengineering” modelled on volcanoes would have scant benefits for crops, which need light to grow. Less sunlight would reduce yields even though the plants would do better in less sweltering temperatures.

“If we think of geoengineering as an experimental surgery, our findings suggest that the side effects of the treatment are just as bad as the original disease,” author Jonathan Proctor of the University of California, Berkeley, told a telephone news conference.

Co-author Solomon Hsiang, also of the University of California, Berkeley, said the findings were a surprise after some previous research suggested plants might grow better with hazier sunshine, especially crops in the shade.

The new study “doesn’t necessarily mean we should simply rule out these (geoengineering) technologies,” he said. Governments could encourage farmers to grow more shade-tolerant crops if geoengineering were ever deployed.

And interest in geoengineering as a possible climate short-cut may rise because governments are not on track to limit global warming to goals set in the 2015 Paris climate agreement to avert floods, heat waves and rising seas.

A study on Monday said the world is at risk of entering an irreversible “hothouse” state with far higher temperatures than now, even if governments meet goals set in Paris.

But many are skeptical of geoengineering.

Janos Pasztor, head of the Carnegie Climate Geoengineering Governance Initiative, welcomed Wednesday’s study as a step to understand the risks and benefits of geoengineering, which could affect everything from human health to life in the oceans.

“We need to move away from the stigma about not even being able to talk about any geoengineering options,” he told Reuters.

So far, most geoengineering experiments have been in laboratories. In the United States, Harvard University’s Solar Geoengineering Research Program plans a tiny outdoor experiment next year in the upper atmosphere.