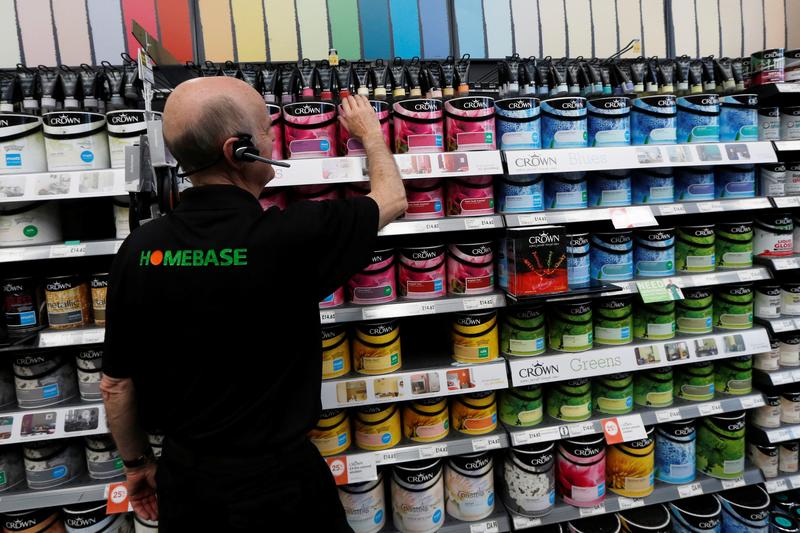 LONDON (Reuters) – Hilco Capital, the new owner of British home improvement retailer Homebase, will next week detail plans to close around a quarter of its stores, threatening over 1,000 jobs, according to a Sky News report.

FILE PHOTO: A sales assistant tidies up a shelf of paint at a Homebase store in Aylesford, Britain, May 1, 2013. REUTERS/Luke MacGregor

Sky News said Hilco, which acquired Homebase from Australian group Wesfarmers for a nominal 1 pound in May, was expected to outline proposals for a so called Company Voluntary Arrangement (CVA) restructuring that would close roughly 60 of Homebase’s 249 stores.

A spokeswoman for Hilco declined to comment on the report.

A string of British store groups have either gone out of business or announced plans to close shops this year, as they struggle with subdued consumer spending, rising labour costs, higher business property taxes and growing online competition.