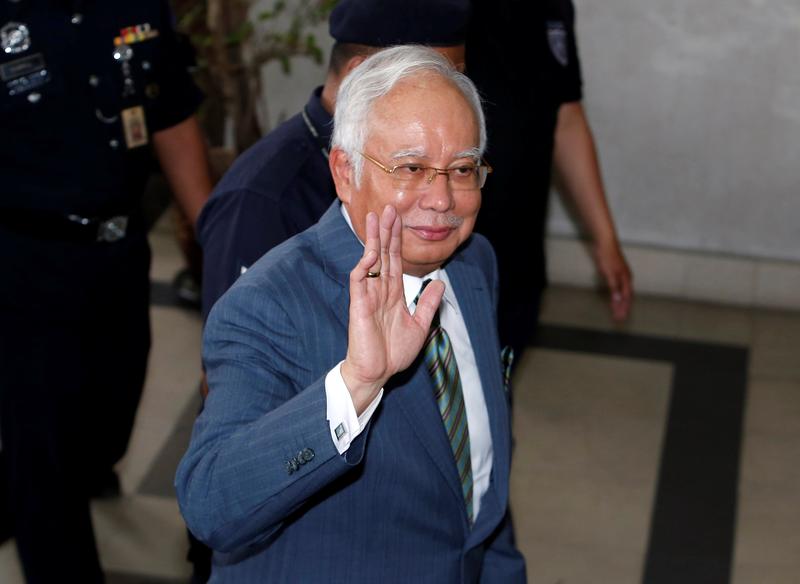 The charges, read out in a lower court, were related to three electronic transfers amounting to 42 million ringgit ($10 million) from SRC International, a former 1MDB unit, into Najib’s personal bank account.

The judge transferred the case to the high court to be heard later on Wednesday, along with previous charges.

The money laundering offence carries a penalty of a jail term of up to 15 years and a fine of not less than 5 times the value of the proceeds of any illegal transfers, or five million ringgit, whichever is the higher.

Last month, Najib was arrested and charged with abuse of power and criminal breach of trust following a probe into SRC International. He has pleaded not guilty to those charges and was released after posting bail, but his passport was held.

He and his wife, Rosmah Mansor, have been barred from leaving the country since he lost an election in May, and the new prime minister, his mentor-turned-foe, Mahathir Mohamad relaunched an investigation into 1MDB.

Earlier, Najib arrived at the courthouse in a four-car motorcade accompanied by his children. He was dressed in a grey suit and sat in the dock looking calm.

Money allegedly siphoned off from SRC represents only a small fraction of the billions of dollars the U.S. Department of Justice has said was misappropriated from 1MDB.

Najib had founded 1MDB and headed its advisory board.

Lawsuits filed in U.S. courts by the DOJ allege that an estimated $4.5 billion was misappropriated from 1MDB by high-level officials of the fund and their associates.

1MDB is being investigated by at least six countries, including Singapore, Switzerland and the United States, over alleged money laundering and graft.