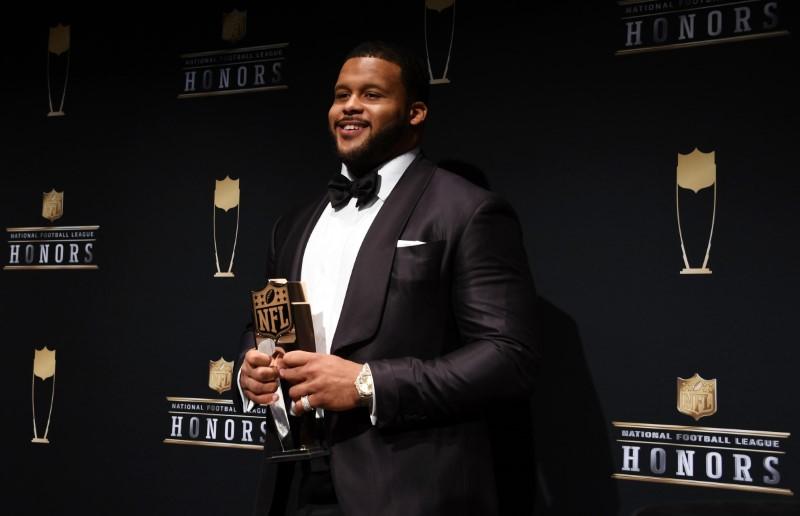 Tuesday’s deadline to report to training camp came and went as Aaron Donald’s holdout with the Los Angeles Rams continued, but general manager Les Snead hinted on Wednesday a deal could be getting closer.

Snead said the Rams and Donald were “in the same zip code, area code, ballpark” in their negotiations, according to Gary Klein of the Los Angeles Times. Snead, who said the Rams have an offer on the table, clarified that “Zip code usually means you’re close, but we still haven’t agreed.”

“Nothing’s changed since we started this process. The goal is like, hey, come up with a win-win solution for the reigning defensive MVP and the Los Angeles Rams, and that’s a long-term contract for Aaron Donald,” Snead summed up.

Per NFL rules, Tuesday marked the deadline for players to report to training camp in order to accrue a season toward free agency, as it is 30 days before the NFL season opener. However, that deadline — which Donald missed last year when he held out for all of camp — wasn’t expected to spur any action to reach an agreement.

“I don’t think anything’s going to change with that in the near future,” McVay told reporters Monday. “I’ve had a little bit of dialog with Aaron, and we’re hopeful that we’ll get something done.”

After waiting to report until Week 1 last year, Donald has just three seasons accrued toward free agency. By not reporting on time this season, he would be eligible only for restricted free agency, rather than unrestricted, when his contract is scheduled to expire in the spring. In either instance, however, the Rams would very likely use the franchise tag on Donald to prevent him from negotiating with other teams, assuming no extension is signed before then.

“We don’t agree, but that doesn’t make us right and them wrong,” Demoff said on Mighty 1090 AM in San Diego. “It doesn’t make them right and us wrong. We just don’t agree. And hopefully we can find that magic bullet to go get there and agree.”

The reigning Defensive Player of the Year, Donald is very likely seeking to become the highest-paid defender in league history, but it’s unclear how much of a gap remains between the two sides in negotiations. Von Miller leads all NFL defenders with a deal that averages just over $19 million annually.

The Rams have been able to reach deals with other core players recently, extending both wideout Brandin Cooks and running back Todd Gurley in a span of a week before training camp opened. They have repeatedly been vocal about their plan to re-sign Donald.

Donald, 27, has made the Pro Bowl in each of his four seasons and has three first-team All-Pro nods. He made just over $10.1 million from 2014-17 and is due $6.9 million this season, the fifth-year option of his rookie deal.