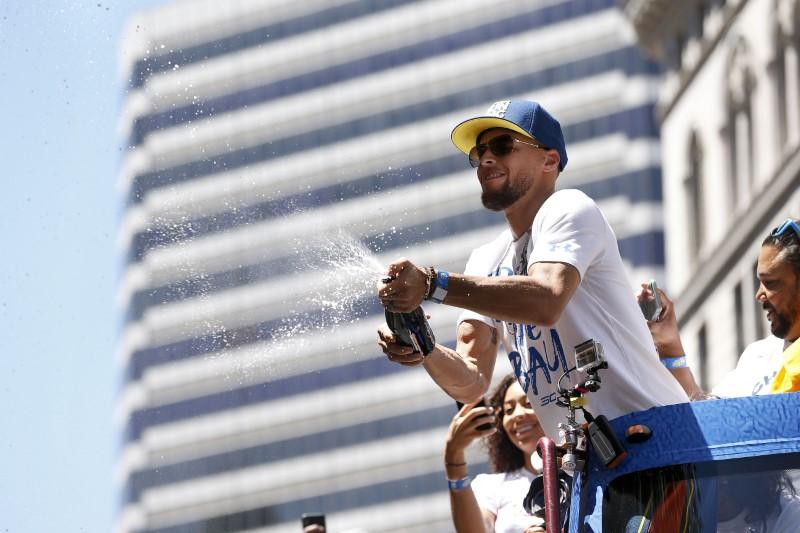 Golden State Warriors star Stephen Curry expects to be draining putts instead of 3-pointers this weekend in his return appearance to the Web.com Tour’s Ellie Mae Classic in the Bay Area.

Emboldened by his performance last year, when he shot 8-over-par 148 while missing the cut by 11 strokes in his Web.com Tour debut, the 30-year-old Curry, who will keep his amateur status, says this year he is intent on playing through the weekend. No offense intended, professionals.

“These guys are really good,” Curry said prior to Tuesday’s practice round at TPC Stonebrae in Hayward, Calif. “I know that was a tagline back in the day, but they’re amazing talents. They grind every single week, every single day just to have a shot at winning tournaments and taking the next step up and making it to the PGA Tour.

“I was like, all right, where could those 11 shots have come from, where could I shave them off this year. Stay away from doubles, I think I had two of those last year. I think I had a penalty shot on one of the par 5s. Little stuff like that as a true golf nut I think about. … But that’s my goal, try to execute the game plan.”

Though Curry wouldn’t come right and say so, at least at first, he shot a 67 at TPC Stonebrae a few months ago. He did finally acknowledge that all parts of his game were working that day, that he was in a “groove,” not unlike when he’s on the court.

Not that he’s sure he can do it again this weekend.

“Every golfer hopes you can repeat your best round on whatever course you play or kind of repeat those swings when you’re in a groove. Obviously, you never know,” Curry said. “So I’m going to use the next 48 hours to get right, get as many swings in as I can and come with high expectations on Thursday and see what happens.”

When the talk turned to basketball, Curry said big offseason moves like LeBron James coming to the Los Angeles Lakers are just part of the yearly mix.

“There’s been blockbuster moves and trades every year, or most years, I should say. Every team is trying to beat the champ,” said Curry, whose Warriors have won the past two NBA championships and three of the past four. “Nothing really surprising. You just kind of sit back and understand, survey the league, survey what’s going on, how we can get back on top this coming year and three-peat. … We’ll be a better team this year.”