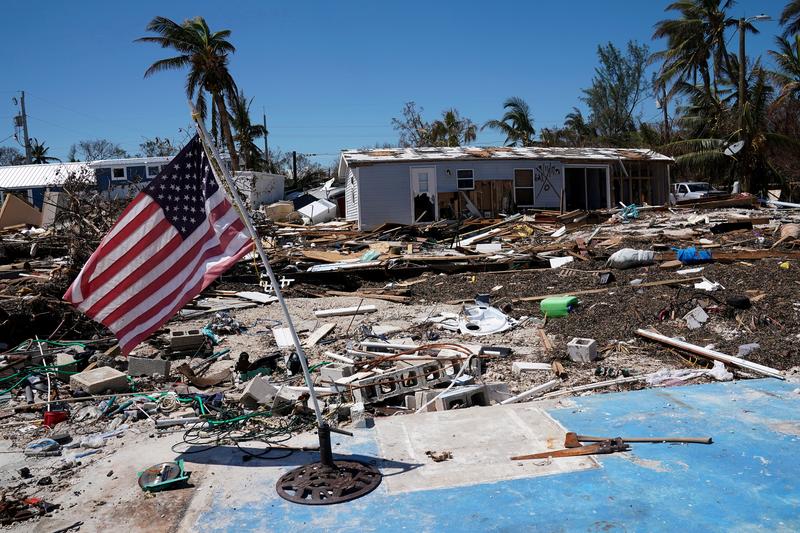 In January, thousands of people were panic-stricken in Hawaii by a false alarm that a ballistic missile was about to strike the islands.

These and other critical failures have prompted a review of disaster alerts in the United States, which largely operate at a local level, underlining the potential need for a nationwide system, as scientists warn changing weather may bring more hurricanes and wildfires.

“For all practical purposes we don’t really have a national warning system,” Dennis Mileti, professor emeritus at the University of Colorado at Boulder, told Reuters.

Mileti, a nationally recognized expert on disaster preparedness, is on a panel the Federal Emergency Management Agency (FEMA) convened this summer to improve the Integrated Public Alert and Warning System, or IPAWS, the platform established a decade ago for all U.S. emergency alerts.

Previewing its findings to Reuters, Mileti said the panel will propose to Congress to revamp national warning systems, and in cases such as ballistic missile alerts, take them out of the hands of local officials.

A half century ago, before 24-hour cable news networks or the internet, the three main television broadcast stations which could be counted on to issue standard emergency messages to the entire U.S. population

Now, people in the path of natural disasters typically get alerts from a patchwork of state and local agencies, using different platforms and messaging systems, often manned by part-time employees, Mileti said.

For example, in the state of California, warnings are issued by counties that sometimes outsource the job to someone else.

“You don’t get too many good warnings in local communities where” untrained amateurs are in charge, Mileti said.

Human error is another key issue.

Last year, some residents of California’s Sonoma County failed to get timely notice of an approaching wildfire that killed 17 people after authorities, concerned about traffic becoming snarled along evacuation routes, decided not to notify everyone at once.

A community of 10,000 people not in imminent danger from the Carr Fire in Northern California, meanwhile, was evacuated by accident when “somebody hit the wrong button,” Shasta County Sheriff Tom Bosenko told the Sacramento Bee.

And in January, many Hawaiians and tourists fled their homes and hotels when an emergency bulletin – sent by mistake – blared out: “BALLISTIC MISSILE THREAT INBOUND TO HAWAII. SEEK IMMEDIATE SHELTER. THIS IS NOT A DRILL.”

California Gov. Jerry Brown, after touring the fiery calamity near Redding on Saturday, called on the state legislature to enact “the best alert system we can get … given the rising threats on the changing of the weather, the climate.”

Many scientists say global warming is not only causing more extreme weather, but more expensive disasters and the need for more sophisticated alerting systems.

Hurricanes Harvey, Irma and Maria combined with wildfires in the West and other calamities to make 2017 the most expensive year on record for disasters in the United States, costing $306 billion, according to the National Oceanic and Atmospheric Administration.

“Is it better to be safe and have some evacuations that turn out be unnecessary, which can incur some economic costs and even create a slim danger of death or injury? Or is it better to not be safe enough?”

Mileti said his panel will recommend standardizing warning messages, so people in harm’s way can immediately identify the sender, the danger and what action they should take. Improved training of alert system operators can cut down on human error, he said.

Rather than be told simply to “evacuate,” for example, residents of a community facing flash floods, a tsunami, tornado or flames from a wildfire would be told to leave immediately and to go where they can find safe ground.

Mileti pointed to a National Institute of Standards and Technology investigation into a tornado that devastated Joplin, Missouri, on May 22, 2011, killing over 150 people. It found residents were given only a five-minute warning the twister was about to strike.

“Many of the bodies first responders found were found holding cellphones, trying to get additional information,” Mileti said.