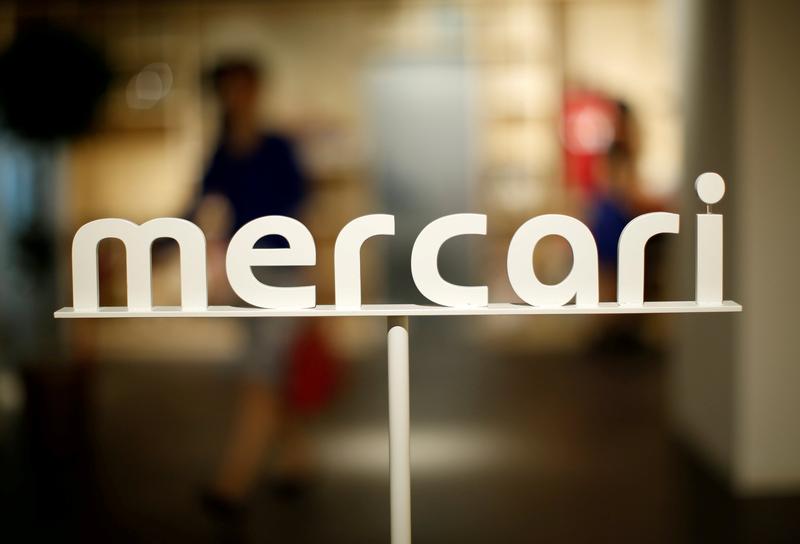 TOKYO (Reuters) – The hugely successful IPO by online marketplace Mercari in June was a bonanza for its shareholders – and may transform lukewarm attitudes among mainstream asset managers about investing in startups, according to major Japanese institutional investors and industry officials.

FILE PHOTO The logo of Mercari is displayed at the company’s headquarters in Tokyo, Japan, June 15, 2018. REUTERS/Issei Kato/File Photo

Mercari (4385.T) became Japan’s first home-grown unicorn, with a pre-IPO valuation of more than a billion dollars in early 2016. Its value increased further and led to rich rewards for early backers who had invested in the firm either directly or through venture capital (VC) funds. The stock soared on its Tokyo market debut on June 19, doubling at one point.

“Venture capital used to be the ‘ugly duckling’ of private equity in Japan. Now we are seeing way more interest from institutional investors,” said James Riney, head of startup accelerator 500 Startups Japan. “Thanks to Mercari for making a big splash noticeable on a global scale.”

The large gains recorded by Mercari, which operates a popular smartphone app that allows people to trade used items online, should encourage more institutional players to look to domestic startups and other firms at an early stage of their development as a viable investment option despite the risks, especially given razor-thin returns on domestic bonds.

“Not only VCs but also other institutional people took part in Mercari’s late stage pre-IPO fundraising rounds. It was a big success for them,” said Soichi Kariyazono, chairman of the Japan Venture Capital Association (JVCA), referring to the unicorn’s debut on Tokyo’s Mothers market.

Its pre-IPO shareholders included Development Bank of Japan [DBJPN.UL] and Japan Post Capital. Neither will talk about how much they still own.

“When many institutional investors have a target annual return of 4 percent or so, Mercari’s late-stage investors had their funds more than double in just 1-2 years,” added Kariyazono.

In addition, its pre-IPO backers – through money they had in VC funds – included wider institutional investors, from insurance companies and banks to domestic pension funds, said Shinichi Takamiya, partner at Globis Capital Partners. He declined to name them citing confidentiality agreements.

Among the other recent unicorns was MTG (7806.T), a manufacturer of beauty and workout products. It became the second Japanese unicorn to go public as the firm’s value soared above $1 billion shortly before its IPO last month.

And one of the next could be Sansan, a company that offers an app for managing business cards or business contacts. It has been attracting increasing interest from venture capitalists and other investors and its value has been growing.

In the pre-Mercari era, because Japanese startups were too small to attract big players, Japanese investors interested in the sector mostly looked to foreign ventures, primarily those in Silicon Valley.

Nippon Life [NPNLI.UL], a prominent Japanese investor in VC, had invested 60 billion yen ($540 million) in venture capital assets as of March 31, with half of that amount invested in domestic startups. The firm says it intends to increase its VC allocation but cannot say by how much.

In recent years, the insurer has wanted to increase its VC investments as it represents a fraction of its total assets of 66 trillion yen, but it has been difficult in practice because of the limited size of the domestic market, said chief investment officer Kazuhide Toda.

Nippon Life now sees venture capital not just as an investing route but also a gateway to finding possible partners in technology sectors it is keen on developing, such as FinTech or InsurTech – the use of the latest technology to transform the banking and insurance sectors.

“We plan to increase our exposure to venture capital assets, both domestic and foreign. We are keen to find opportunities that are attractive not only in terms of return but also help our core businesses,” said Toda.

The Pension Fund Association of Japan, another big pension fund which manages 12 trillion yen on behalf of corporate pension funds, says it has invested in the sector for 4-5 years and plans to seek further opportunities.

“Japan’s startup ecosystem is evolving, with more institutional players participating in late-stage funding rounds,” said Shuzo Takahashi, head of private equity at the PFA. “We welcome it as a much-needed development to the industry.”

Their stance could lead smaller institutional investors to follow suit.

Even the Japanese government is stepping up support. The Ministry of Economy, Trade and Industry (METI) launched the “J-Startup” project in June as it seeks to breed 20 unicorns by 2023.

(This story has been corrected to fix name of 500 Startup official to Riney, not Riley, in third paragraph)