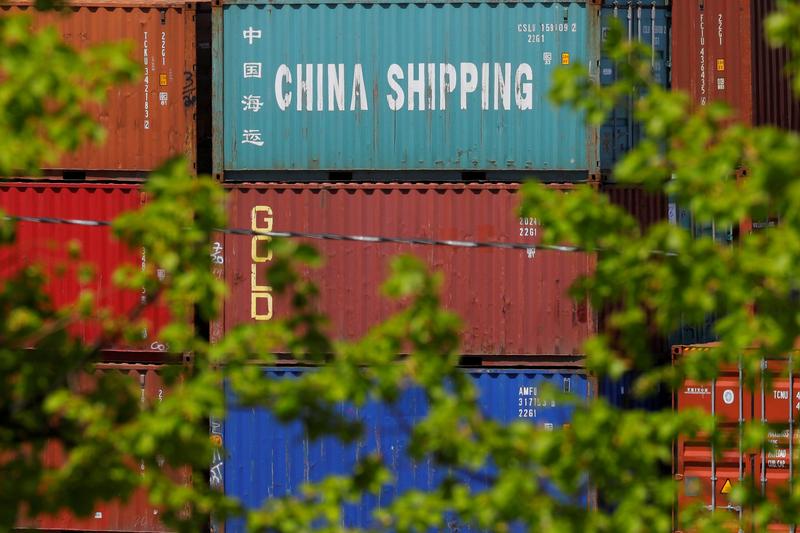 SHANGHAI (Reuters) – Chinese state media on Thursday accused the United States of a “mobster mentality” in its move to implement additional tariffs on Chinese goods, and warned Beijing had all the necessary means to fight back.

The comments mark a ratcheting up in tensions between the world’s two largest economies over a trade dispute, which is already impacting industries ranging from steel to cars and causing unease over which products could be targeted next.

Beijing late on Wednesday said it would slap additional tariffs of 25 percent on $16 billion worth of U.S. imports, in retaliation to news the United States plans to begin collecting 25 percent extra in tariffs on $16 billion of Chinese goods from Aug. 23.

“The two countries’ trade conflict, which is merely push and shove at the moment, is likely to escalate into more than just a scuffle if the U.S. administration cannot marshal its mobster mentality,” state newspaper China Daily said in an editorial.

“China continues to do its utmost to avoid a trade war, but in the face of the U.S.’s ever greater demand for protection money, China has no choice but to fight back,” it said.

So far, China has now either imposed or proposed tariffs on $110 billion of U.S. goods, representing the vast majority of its annual imports of American products. Big-ticket U.S. items that are still not on any list are crude oil and large aircraft.

“China has confidence in protecting its own interests, has many means,” state broadcaster CCTV said on its early morning news show.

Another commentary, written by China Institute of International Studies research fellow Jia Xiudong and published in the overseas edition of the People’s Daily newspaper, said the United States was trying to “suppress China’s development”.

China should consider “unconventional methods” such as the stimulus plan used by Beijing during the global financial crisis if needed to sustain economic growth, the Global Times newspaper, a tabloid published by the ruling Communist Party’s People’s Daily, said in a commentary.