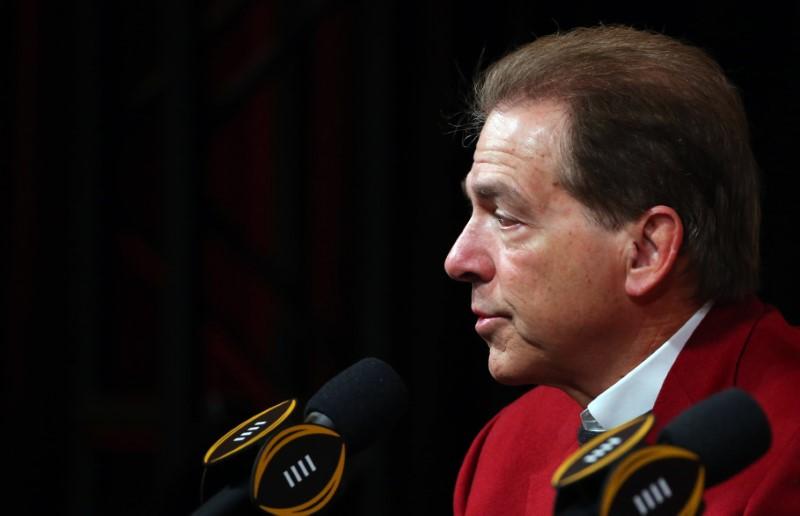 Alabama coach Nick Saban told reporters Wednesday that Jalen Hurts’ comments about being frustrated with coaches’ handling of his status won’t affect the Crimson Tide or their quarterback competition.

“Every player has a right to express what he feels and what he thinks, and I think he has every right to do that with every coach or anybody in the organization who he has relationships with, which we certainly do quite often with all players at all positions,” Saban said.

Hurts, 26-2 as starter at Alabama, told reporters on Saturday — his first time meeting the media since January’s national championship victory — that he was “shocked” when he heard Saban say at SEC Media Days in July that he didn’t know if Hurts would be on the team when Alabama opens the season Sept. 1.

Hurts also called suggestions that he would transfer if he loses Alabama’s quarterback competition to sophomore Tua Tagovailoa “silly,” and expressed frustration over a perceived lack of communication with coaches this offseason about the situation, which has been the subject of extensive speculation.

—Miami (Fla.) tight end Michael Irvin II is out for four months with a knee injury.

The school announced that Irvin is expected to undergo surgery this week. He sprained the MCL in his right knee during workouts.

Schirmer punched a referee as a 19-year-old during a junior college game in 2016 and was arrested. He had no formal scholarship offers — but previously made a soft commitment to Utah — after receiving a five-year ban from the Southern California Football Association. Schirmer has held to the claim that the punch was accidental.

Helton said USC vetted Schirmer for more than three months before coming to the decision to add him to the team. Schirmer will line up at offensive tackle.

—USC senior outside linebacker Porter Gustin suffered a slightly torn meniscus in his left knee and will have surgery Thursday, according to multiple reports.

The school hasn’t yet announced a timetable, but Rivals.com reported Gustin will miss four to six weeks.

Gustin was hurt on a non-contact play in Tuesday’s practice and was carted off the field. Helton told reporters after practice Gustin was “not in a lot of pain,” adding that Gustin said the knee “felt funny.”

The university said the two players violated team policies and aren’t involved in any legal situations.

The latest suspensions leave Iowa down four players for the opener on Sept. 1. Defensive tackle Brady Reiff and offensive right tackle Tristan Wirfs previously were suspended due to alcohol-related incidents.

—Two days after getting his release from Washington, highly regarded linebacker Brandon “Ale” Kaho will sign a letter of intent with national champion Alabama, according to multiple reports.

Alabama was one of the finalists during the recruitment of Kaho last fall. The Crimson Tide have not made any announcements concerning Kaho.

Kaho signed with Washington in December but didn’t participate in the football team’s summer training sessions as he needed to pass one more class before he could enroll at the university. He recently went home to Reno, Nev., for a family member’s memorial services and didn’t report for the start of fall camp and requested his release.