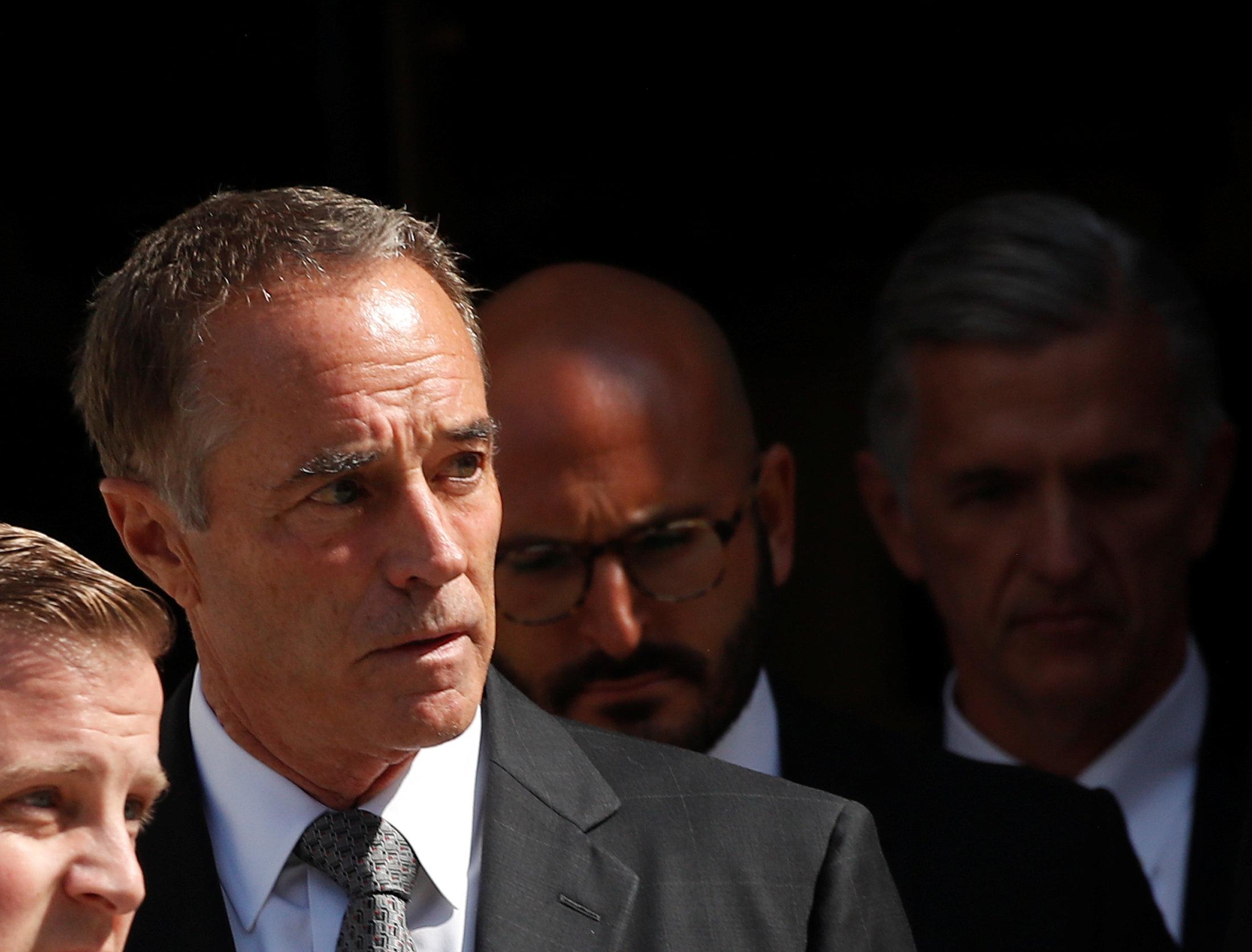 NEW YORK (Reuters) – Christopher Collins, a Republican U.S. congressman from New York who was one of President Donald Trump’s earliest supporters, was criminally charged on Wednesday with taking part in an insider trading scheme involving an Australian biotechnology company on whose board he served.

The indictment came as Collins, 68, was seeking a fourth two-year term in November’s elections, where Democrats hope to recapture the House of Representatives.

“These charges are a reminder that this is a nation of laws, and that everybody stands equal before the bar of justice,” U.S. Attorney Geoffrey Berman said at a news conference in Manhattan.

Collins said the charges were baseless and he would run for re-election in November in his upstate New York district.

“The charges that have been levied against me are meritless and I will mount a vigorous defense in court to clear my name,” Collins told reporters in Buffalo.

“As I fight to clear my name, rest assured I will continue to work hard for the people and constituents of the 27th Congressional District of New York and I will remain on the ballot running for re-election this November,” he said.

The indictment charged Collins, his son Cameron, and Stephen Zarsky, the father of Cameron Collins’ fiancée, with securities fraud, wire fraud and other crimes.

All three defendants pleaded not guilty on Wednesday before U.S. District Judge Vernon Broderick in Manhattan.

Two lawyers for Collins, Jonathan Barr and Jonathan New, said in a statement that they were confident he would be “completely vindicated and exonerated.”

“We intend to mount a vigorous defense on behalf of our client,” Tom Hanusik and Rebecca Ricigliano, lawyers for Cameron Collins, said in a statement. Amanda Bassen, a lawyer for Zarsky, declined to comment.

The case relates to Innate Immunotherapeutics Ltd (IIL.AX), where Christopher Collins sat on the board and held a 16.8 percent stake.

Prosecutors said that in June 2017, while attending the congressional picnic at the White House, Collins learned in an email from Innate’s chief executive that a trial for its proposed secondary multiple sclerosis drug MIS416 had failed.

Christopher Collins did not trade his own Innate stock, which lost millions of dollars in value, according to the indictment. Prosecutors said the congressman was “virtually precluded” from trading in part because he already faced a congressional ethics probe over Innate.

However, prosecutors said others used the insider information to avoid more than $768,000 in losses when Innate’s share price plunged 92 percent on news of the drug trial’s failure.

Sydney-based Innate did not respond to a request for comment outside business hours.

Last October, the Office of Congressional Ethics reported that it had “substantial reason” to believe Collins may have used his office to help Innate.

It voted unanimously to send its case to the House Ethics Committee. Collins denied wrongdoing.