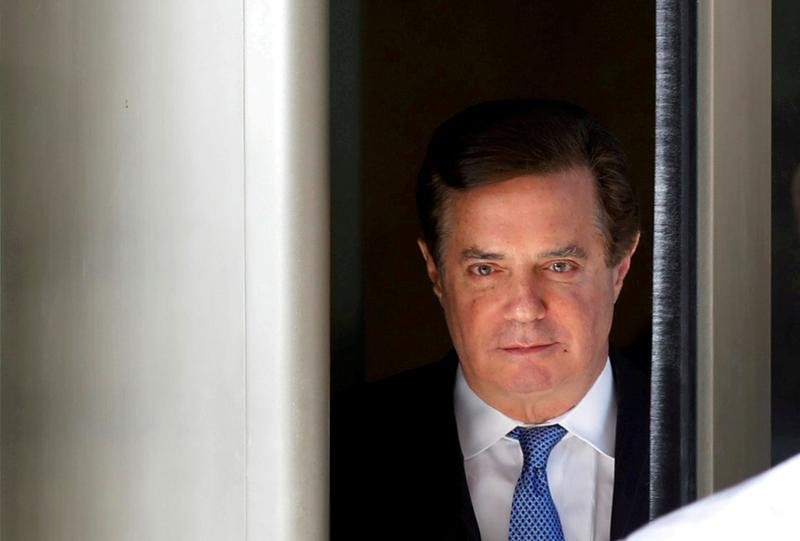 ALEXANDRIA, Va. (Reuters) – The trial of Paul Manafort, U.S. President Donald Trump’s former campaign chairman, is expected to shift focus on Thursday from his alleged tax evasion to bank fraud as the prosecution’s case heads into its final two days.

Prosecutors are expected to call a series of bankers to the stand to question them about Manafort’s alleged efforts to mislead them with doctored financial statements in a scramble in 2015 and 2016 to borrow against real estate.

Of the 18 felony charges Manafort faces, nine relate to bank fraud and involve mortgages from Citizens Bank, Banc of California, Genesis Capital, and the Federal Savings Bank, a small Chicago lender whose chief executive was named to an economic advisory panel to the Trump campaign.

Greg Andres, a prosecutor working for U.S. Special Counsel Robert Mueller, told the court on Wednesday that the prosecution would call eight more witnesses, question each for roughly an hour, and was on track to wrap up its case by week’s end.

Manafort’s lawyers have not yet indicated whether they plan to call witnesses as part of his defense. Their legal strategy so far has hinged on attacking the credibility of the prosecution’s star witness, former Manafort business partner Rick Gates.

The trial in federal court, which finished its seventh day on Wednesday, is the first stemming from Mueller’s probe into Russian involvement in the 2016 U.S. presidential election.

Manafort has pleaded not guilty to 18 counts of bank fraud, tax fraud and failing to disclose foreign bank accounts. According to trial testimony, he used the accounts to receive millions of dollars in payments for his work for pro-Russian politicians in Ukraine.

Prosecutors allege that the Federal Savings Bank lent Manafort money based on fraudulent documents. As part of a quid pro quo, they allege bank Chief Executive Steve Calk was named an adviser to Trump’s 2016 campaign and that Manafort pushed for him to get a senior post once Trump was elected.

During questioning by prosecutors on Tuesday, Gates said that Manafort had emailed him in late 2016 asking for the incoming Trump administration to consider tapping Calk for Secretary of the Army.

Calk and Federal have not replied to requests for comment.

Manafort’s defense attorneys have attempted to pin responsibility on Gates for the wrongdoing Manafort is charged with.

Gates, in turn, has said he engaged in financial maneuverings involving their business activities at Manafort’s direction.

Gates ended three days of testimony on Wednesday, after admitting he lied, stole money and cheated on his wife.

Manafort lawyer Kevin Downing got in a final shot, raising the possibility Gates had not one, but four extramarital affairs. Prosecutors objected and Gates never answered the question.