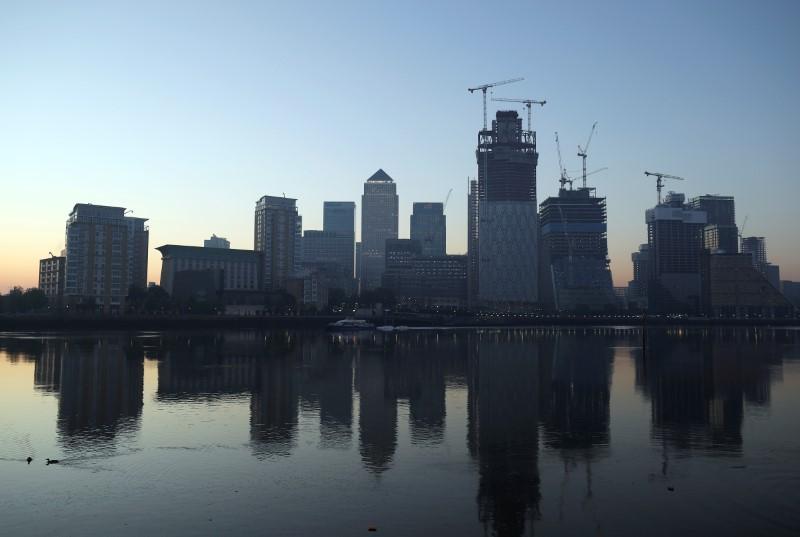 LONDON (Reuters) – The Treasury said on Thursday it would soon start putting contingency arrangements in place for financial services regulation if the country crashes out of the European Union without a deal.

FILE PHOTO: The Canary Wharf financial district is reflected in the river Thames on a sunny morning in London, Britain, May 8, 2018. REUTERS/Hannah McKay

The Treasury said that firms should still continue to plan for a transition phase of just under two years, which will come into force when Britain leaves the EU in March 2019 as long as the two sides agree a deal. However, it said it was also preparing in case that did not happen.

“The government will ensure a workable legal regime is in operation whatever the outcome of negotiations,” the Treasury said in a document outlining its approach to financial services legislation throughout Brexit.

The plan for a no-deal scenario would see Britain convert EU laws and regulations into British law in a process dubbed “onshoring”.

The government hopes this would smooth the exit for financial services – a major industry accounting for 12 percent of Britain’s economic output.

The Treasury said it would also delegate powers to financial regulators to address any gaps in their rule books arising as a result, and would consult with all stakeholders to discuss its plans.

A number of statutory instruments will be created to establish the basis for the contingency arrangements, it continued. It plans to deliver soon the first, granting temporary permission for EU-licensed financial firms to operate in Britain if they can no longer ‘passport’ their licenses into the country, it said.

A further six instruments will be delivered throughout the autumn and into early 2019, the Treasury said, covering areas such as prudential regulation and capital markets.