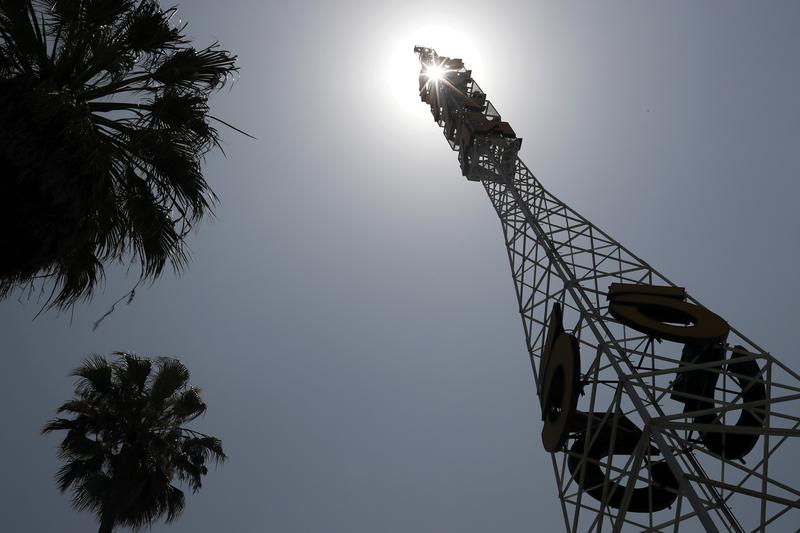 (Reuters) – Tribune Media Co (TRCO.N) terminated its $3.9 billion sale to Sinclair Broadcast Group (SBGI.O) on Thursday and sued Sinclair for breach of contract, claiming the rival TV-station owner mishandled efforts to get the transaction approved by taking too long and being too aggressive in its dealings with regulators. The collapse of the deal, hatched 15 months ago and backed by U.S. President Donald Trump, potentially ends Sinclair’s hopes of building a national Conservative-leaning TV powerhouse that might have rivaled Twenty-First Century Fox Inc’s (FOXA.O) Fox News.

Sinclair, the largest U.S. broadcast station owner with 192 stations, said Thursday it would no longer pursue the Tribune merger and denied Tribune’s allegations. The Republican-led Federal Communications Commission expressed opposition to the deal last month, when it questioned Sinclair’s candor over the planned sale of some stations, suggesting Sinclair would effectively retain control over them.

The FCC voted 4-0 in July to refer the deal to administrative law judge for a hearing, a move that officials said privately would effectively kill the merger.

The Tribune lawsuit seeks about $1 billion of lost premium to Tribune’s stockholders and additional damages in an amount to be proven at trial over what it called Sinclair’s “misconduct.”

Sinclair’s president and chief executive, Chris Ripley, said “we unequivocally stand by our position that we did not mislead the FCC with respect to the transaction or act in any way other than with complete candor and transparency.”

The FCC said Sinclair did not “fully disclose facts” relating to the planned sale of three stations, including pre-existing business relationships the company had with prospective buyers. It also said the $60 million purchase price for Tribune’s WGN-TV in Chicago “appeared to be significantly below market value.”

In its lawsuit, Tribune said Sinclair failed to live up to obligations to agree to asset sales to independent operators in order to win approval for the deal.

Instead, Tribune said, Sinclair played hardball with the Justice Department, and in January 2018 when the top antitrust official, Makan Delrahim, told Sinclair that the divestitures were inadequate, Sinclair General Counsel Barry Faber replied, “Sue me.”

The suit said “Sinclair’s absurdly aggressive regulatory proposals, disregard of the FCC’s signals, and the lengthy and avoidable delays that flowed from Sinclair’s behavior” led to the merger’s failure.

The FCC said in July Sinclair “did not fully disclose” facts about the merger, raising questions about whether the company had “attempted to skirt the commission’s broadcast ownership rules” and would, in fact, actually control the stations Sinclair said it was divesting.

FCC Chairman Ajit Pai has been vocal in his opposition to the deal, a stance that was criticized by Trump. Pai declined to comment Thursday.

“So sad and unfair that the FCC wouldn’t approve the Sinclair Broadcast merger with Tribune. This would have been a great and much needed Conservative voice for and of the People,” Trump said in a Twitter post in July.

Advocacy group Free Press said in an FCC filing in August 2017 that Sinclair forces its TV stations to “air pro-Trump propaganda and then seeks favors from the Trump administration.” The group praised Tribune’s announcement Thursday.

Pai told Congress after Trump’s tweet that he stood by his decision to refer the issue to a hearing.

Sinclair said in May 2017 it planned to acquire Chicago-based Tribune’s 42 TV stations in 33 markets in a deal that would help Sinclair reach seven out of ten U.S. households.

Tribune is likely to receive other bids as the industry faces a wave of consolidation.

Last month, Cox Enterprises Inc COXET.UL said it was exploring strategic options for its 14 television properties, citing statements by Pai “that he intends to loosen rules around ownership of local TV stations.”

The FCC voted last month to refer the proposed merger to an administrative law judge to review questions about Sinclair’s candor, a move that analysts had then said would likely lead to the deal’s collapse.

The company is “open to all opportunities” in terms of industry consolidation or remaining independent, Tribune Media Chief Executive Officer Peter Kern told investors on a call on Thursday. He noted there was “tons of activity out there.”

The FCC is considering changing the rules that limit how many TV stations one company can own.

Kern said he would continue to run the company until Tribune reached a “permanent state.”

He said the merger’s failure was not the result of “an unwelcoming regulatory environment” but how Sinclair moved forward.

Under the terms of the deal, Tribune and Sinclair had the right to call off the merger without paying a termination fee if it was not completed by Aug. 8.

A dozen Senate Democrats said in April Sinclair was deliberately distorting news coverage by forcing local stations to read scripts that criticized what it described as “the troubling trend of irresponsible, one-sided news stories plaguing our country.”

The FCC raised questions after Sinclair had proposed to sell WGN to Maryland auto dealer Steven Fader, a longtime business associate of Sinclair Executive Chairman David Smith, as Sinclair would largely continue to operate the station under a services agreement.

Sinclair also had planned to sell stations in Dallas and Houston to Cunningham Broadcasting Corp, a company controlled by the estate of Smith’s mother.

To attempt to satisfy the FCC, Sinclair had said last month it would not divest WGN and would seek to put the two Texas stations into a divestiture trust to be sold and operated by an independent trustee.

The ACLU said Thursday “the merger would have trampled on First Amendment principles” and “crippled the future of journalism.”

Sinclair announced on Thursday it has approved a $1-billion share repurchase.

Commenting on the repurchase, Ripley, said: “It is unfortunate that Tribune Media Company terminated our Merger Agreement. Nonetheless, we strongly believe in the long term outlook of our Company and disagree with the market’s current discounted view on our share price. The $1 billion authorization does not use our future free cash flow generation, but simply the excess cash currently on our balance sheet.”

Reporting by Arjun Panchadar in Bengaluru and David Shepardson in Washington; Editing by Saumyadeb Chakrabarty and Bernadette Baum