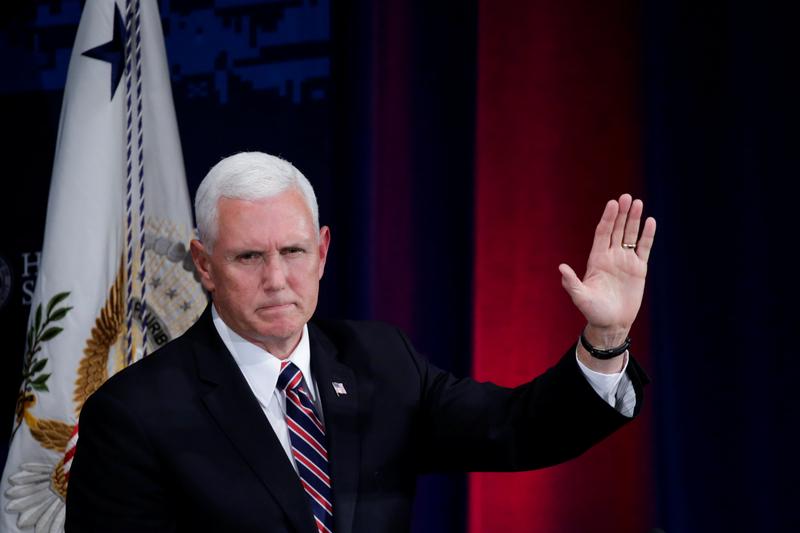 WASHINGTON (Reuters) – President Donald Trump’s administration on Thursday outlined an aggressive plan for creating a sixth branch of the U.S. military by 2020 – a Space Force to better confront emerging security threats – but the proposal will need approval from a divided Congress.

Critics view the creation of a Space Force as an unnecessary and expensive bureaucratic endeavor and scoff at comparisons to the establishment of the Air Force in 1947.

The Space Force would be responsible for a range of crucial space-based U.S. military capabilities, which include everything from satellites enabling the Global Positioning System (GPS) to sensors that help track missile launches.

U.S. Vice President Mike Pence, in a Pentagon address, described the Space Force as “an idea whose time has come.”

“The next generation of Americans to confront the emerging threats in the boundless expanse of space will be wearing the uniform of the United States of America,” he said, adding that Congress must now act to establish and fund the department.

Trump, the champion of the plan, tweeted: “Space Force all the way!”

Their remarks were timed to coincide with the release of a Pentagon report outlining the steps needed to create a Space Force, something it does not have the power to do on its own.

The Pentagon report included interim steps including creating a unified combatant command, known as the U.S. Space Command, by the end of 2018, according to a copy reviewed by Reuters. U.S. Defense Secretary Jim Mattis threw his support behind that idea on Tuesday.

The Pentagon report recommended that for now the unified command be in the hands of the Air Force, which currently oversees some of the most critical space-based capabilities.

One of the arguments in favor of devoting more resources to a Space Force or Space Command is that American rivals like Russia and China appear increasingly ready to strike U.S. space-based capabilities in the event of a conflict.

“It is becoming a contested war fighting domain and we have to adapt to that reality,” Mattis said as he introduced Pence.

Mattis once voiced opposition to creating a new branch of the U.S. military to focus on space-based military assets, saying in a 2017 letter to a lawmaker that would likely “present a narrower and even parochial approach to space operations.”

The United States is a member of the 1967 Outer Space Treaty, which bars the stationing of weapons of mass destruction in space and only allows for the use of the moon and other celestial bodies for peaceful purposes.

Former astronaut and retired U.S. Navy Captain Mark Kelly on Thursday said a separate military branch devoted to space was redundant and wasteful, and that while Pence was right about the threats in outer space, the military was already handling them.

“There is a threat out there but it’s being handled by the U.S. Air Force today. (It) doesn’t make sense to build a whole other level of bureaucracy in an incredibly bureaucratic DoD,” Kelly told MSNBC in an interview.

“It is an area where we should continue focus on,” he added, pointing in particular to China. “But we can do this within the U.S. Air Force.

Opinions on the Space Force in Congress have been divided. Republican U.S. Representative Mike Rogers, a member of the U.S. House Armed Services Committee, said the move would bolster national security.

“We in the House have been warning for years about the threats to our space assets and the unacceptably slow pace to develop more capable space systems,” Rogers tweeted.

Democratic Senator Bill Nelson has said such a move would “rip the Air Force apart.”