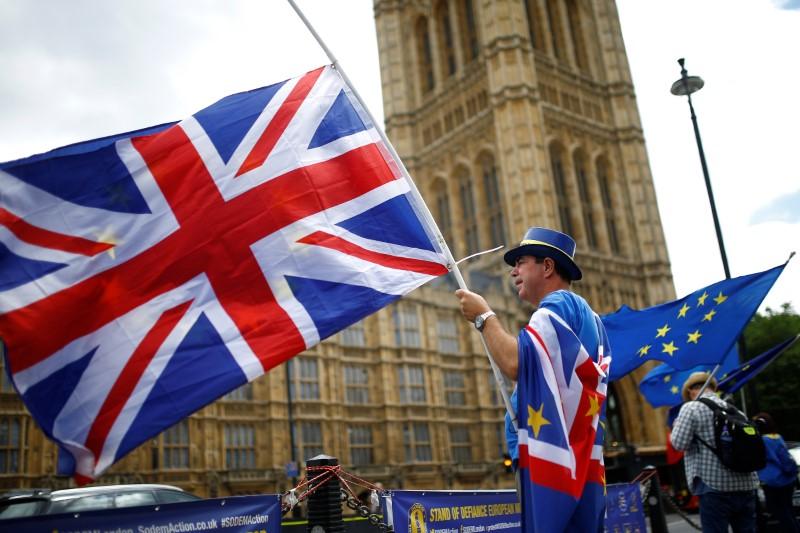 LONDON (Reuters) – If Brexit talks break down without a deal, half of Britons believe the final decision over whether to leave the European Union should be taken by the public in a referendum, according to a survey of more than 10,000 people published on Friday.

The YouGov poll, commissioned by the pro-referendum “People’s Vote” campaign group, found twice as many respondents favoured the public rather than parliament taking a decision between remaining in the EU or leaving the bloc without a deal.

With less than eight months until Britain is due to leave the EU, Prime Minister Theresa May has yet to find a proposal to maintain economic ties with the bloc that pleases both sides of her divided party and is acceptable to negotiators in Brussels.

At the weekend, British trade minister Liam Fox warned he saw a 60 percent chance of a “no-deal” Brexit, which would see the world’s fifth-largest economy quit the EU on March 29, 2019 without a trade agreement. Concerns over the prospect of that outcome have weighed on sterling.

The poll, conducted July 31-Aug. 7, found 45 percent of voters supported holding a referendum on completion of the negotiations whatever the outcome, while 34 percent opposed it.

May has repeatedly ruled out holding another public vote on Brexit, saying the public spoke at a June 23, 2016, referendum, in which 51.9 percent of the votes cast backed leaving the EU while 48.1 percent backed staying.

The poll also found 74 percent of those questioned believed the negotiations were going badly, and 68 percent thought that made it likely Britain would get a bad deal.