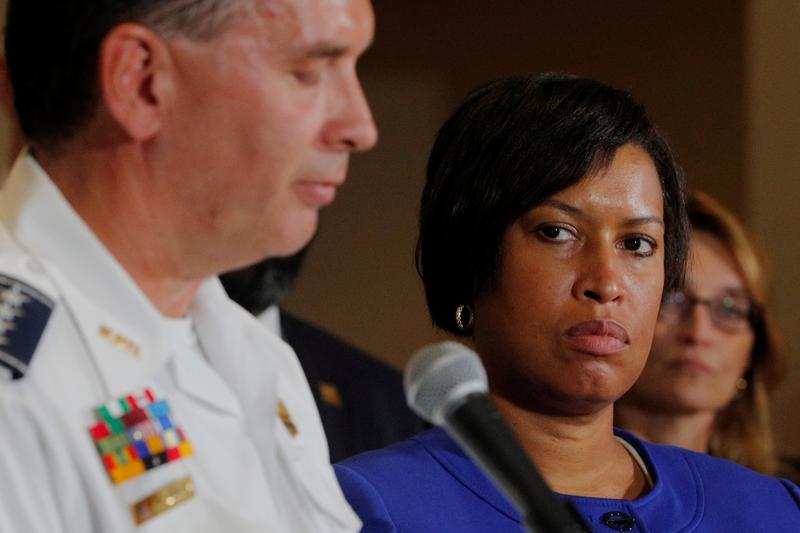 (Reuters) – Joan Fenton knows she will not make much money at her Charlottesville gift shop this weekend, when the downtown district will be virtually locked down for the anniversary of last year’s deadly white nationalist rally. But like many other owners, she will be open anyway.

“They want to be open in solidarity with the community,” Fenton said. “They feel that not being here is giving in to fear and terror.”

Officials in Charlottesville have vowed a massive police presence – with some 1,000 personnel assigned – to deter any violence.

The “Unite the Right” rally last August, called to protest the removal of a Confederate statue, turned the picturesque Virginia college town into a chaotic scene of street brawls, and one woman was killed when an Ohio man rammed his car into a crowd of counter-protesters.

The organizer of last year’s event, white nationalist Jason Kessler, was denied a permit in Charlottesville this year but has secured permission to hold a demonstration on Sunday in Washington, across the street from the White House.

Washington officials said on Thursday that police were ready for the rally as well as three planned counter-protests that could attract close to 2,000 people in all.

Officers will endeavor to keep the two sides separate, Metropolitan Police Chief Peter Newsham said. Guns will be prohibited from the demonstration area.

Amid continuing controversy over President Donald Trump’s views on race, the events will likely revive memories of his comments after Charlottesville when he said both sides were to blame for the violence. The remarks sparked criticism from across the political spectrum as Trump refused to condemn the white nationalists.

In Charlottesville, officials have announced an unprecedented lockdown of the bustling downtown district. Vehicles are prohibited, and pedestrians will be allowed in at only two checkpoints, where police will confiscate contraband.

Prohibited items include everything from metal pipes and swords to fireworks and skateboards.

Guns, however, can still be legally carried. After last year’s violence, the city asked the state legislature to ban firearms from major public events, but the bill failed to advance.

It is not clear whether any white nationalists will come to Charlottesville this weekend, but officials said they were preparing for any contingency. Police were widely criticized after last year’s event, where some officers did not intervene to stop fistfights and other mayhem.

Virginia Governor Ralph Northam preemptively declared a state of emergency on Wednesday, a procedural move that freed up additional resources.

Many business owners have said the plan is too restrictive and will cost them significant revenue on what would normally be a busy summer weekend. Merchants already suffered a downturn after last year’s event; sales tax revenue dropped 11 percent in September 2017 compared with the year before, according to city figures.

Reporting by Joseph Ax in New York and Makini Brice in Washington; Editing by Cynthia Osterman