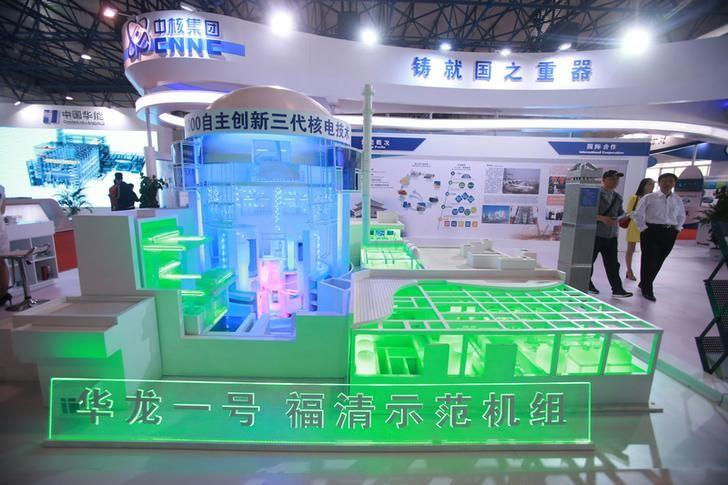 SHANGHAI (Reuters) – China’s State Council said it would promote the use of China’s nuclear industry’s independent technological standards worldwide, aiming to play “a leading role” in the global standardization process by 2027.

FILE PHOTO – A model of the nuclear reactor “Hualong One” is pictured at the booth of the China National Nuclear Corporation (CNNC) at an expo in Beijing, China April 29, 2017. Picture taken April 29, 2017. REUTERS/Stringer

Its two major nuclear project developers, China National Nuclear Corporation (CNNC) and the China General Nuclear Project Corporation (CGN), are jointly promoting an advanced third-generation reactor known as the Hualong One to overseas clients, with CGN aiming to deploy the technology at a proposed nuclear project at Bradwell in England.

China aims to raise its total nuclear capacity to 58 gigawatts (GW) by the end of the decade, up from 37 GW at the end of June.

Capacity could reach as high as 200 GW by 2030, and China also has ambitions to dominate the global nuclear industry via its homegrown technologies.