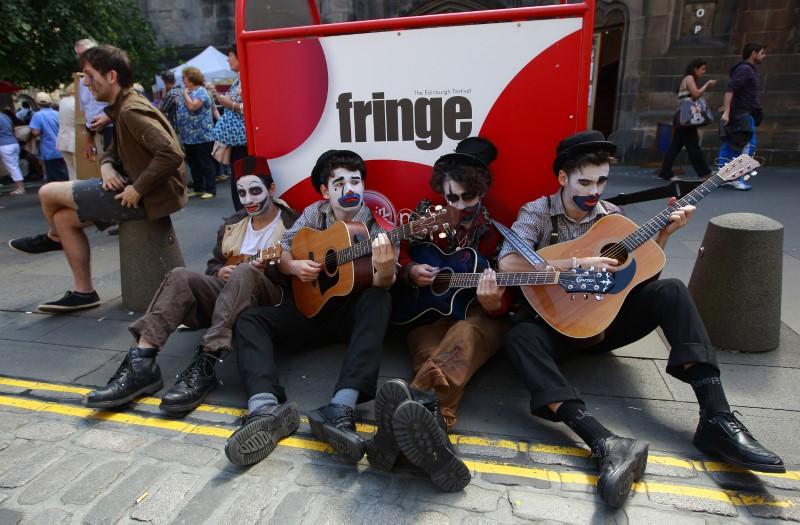 EDINBURGH (Reuters) – Foreign authors invited to Edinburgh to appear in the world’s biggest arts festival are being put off by a British visa process which organizers say is humiliating and Kafkaesque.

The complexity of getting permission to visit Britain risks damaging its cultural reputation, organizers say, and is likely to worsen once Britain leaves the European Union in March 2019.

“Unless things change now, after Brexit it will simply get worse,” he added. Around a dozen authors invited had had difficulties and most had only been resolved after a lengthy, complex process.

The desire to curb immigration was a key reason Britons voted to leave the EU in 2016, and Prime Minister Theresa May has vowed to end unrestricted free movement of EU citizens to Britain after the country leaves the bloc in March 2019.

Stricter rules on immigration requirements for those entering Britain from outside the EU have also become evident in recent months. The Home Secretary resigned earlier this year after an outcry about immigrants wrongly declared illegal decades after being invited to plug post-War labour shortfalls.

In July the director of Womad, a world music festival, said three acts were unable to perform at the British event because they did not obtain visas.

Palestinian author Nayrouz Qarmout, due to appear in Edinburgh on Wednesday, told Reuters she still hoped her visa situation would be resolved in time. Her third application is still pending after a process originally started in April and a commitment by her publisher to pay her expenses.

“As a Palestinian refugee, I’m looking for a country of my own, not another country. This British suspicion that I’m coming over to live is unfair,” she told Reuters from Gaza.

She was asked to deposit savings in a current account from a savings account, but when she did so the transaction was deemed “suspicious” by UK authorities.

Book festival director Barley said another author had wanted to pull out after being asked to provide his marriage certificate, his daughter’s birth certificate, three years of bank statements and biometric testing at an African visa office in a “humiliating” process.

The Edinburgh festival attracts performers from around the world and comprises plays, music, dance, alternative “fringe” street theatre as well as the book festival, attracting around half a million people to Scotland’s capital in August.

First Minister Nicola Sturgeon, who has been trying to persuade the British government that Scotland’s devolved administration should control its own immigration policy, said the difficulties were “not acceptable.”

The Home Department said in an emailed statement: “we welcome artists and musicians coming to the UK from non-EEA countries to perform. Each case is assessed on its individual merits against the published immigration rules.”

Reporting and writing by Elisabeth O’Leary in Edinburgh; Michelle Hennessy and Lucy Fielder in London; Editing by Stephen Addison