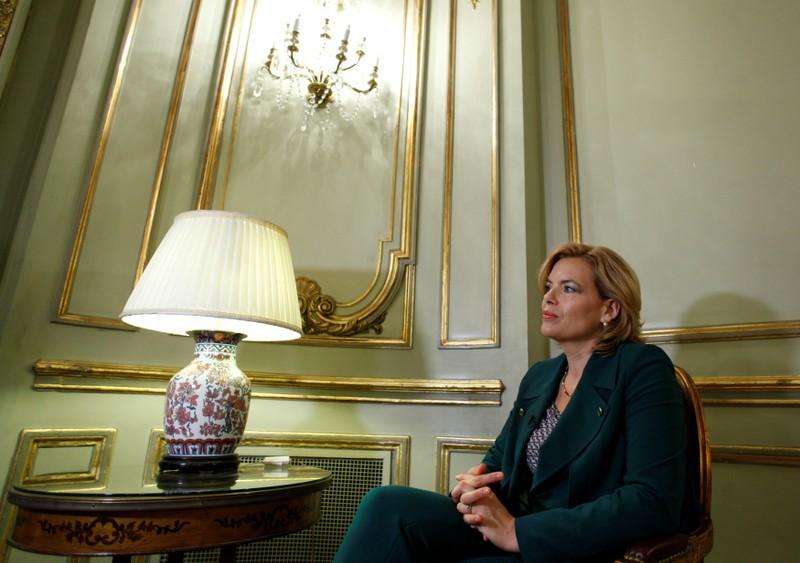 BERLIN (Reuters) – German Agriculture Minister Julia Kloeckner has rejected calls by drought-stricken farmers both for measures that would allow them to put aside money tax-free for future emergencies and government support for drought insurance.

German Minister of Food and Agriculture Julia Kloeckner speaks at an interview with Reuters during the G20 Meeting of Agriculture Ministers in Buenos Aires, Argentina, July 28, 2018. REUTERS/Martin Acosta

Kloeckner told the Neue Osnabruecker Zeitung newspaper that government measures should remain the exception, rather than the rule, noting that farmers were business people who needed to ensure their own risk management.

She said her ministry had studied the possibility of tax-free reserves as early as 2011, but concluded they would not result in the desired relief for farmers.

German farmers are also calling for around 1 billion euros ($1.17 billion) in special aid given widespread crop damage from a drought and heatwave, but Berlin has said it will wait for an August harvest report before making a decision.

Federal and state officials will meet at Kloeckner’s ministry in Berlin on Monday to discuss the issue, and she is due to report to Chancellor Angela Merkel’s cabinet on Aug. 22.

“It’s clear: Only when all the data and facts have been examined can we make a decision about aid,” she told the paper.

Poor growing weather, including a heatwave and lack of rain, has damaged crops in France, Germany and the Baltic Sea countries, while a shortage of animal feed is also looming after damage to maize (corn) crops and grass.