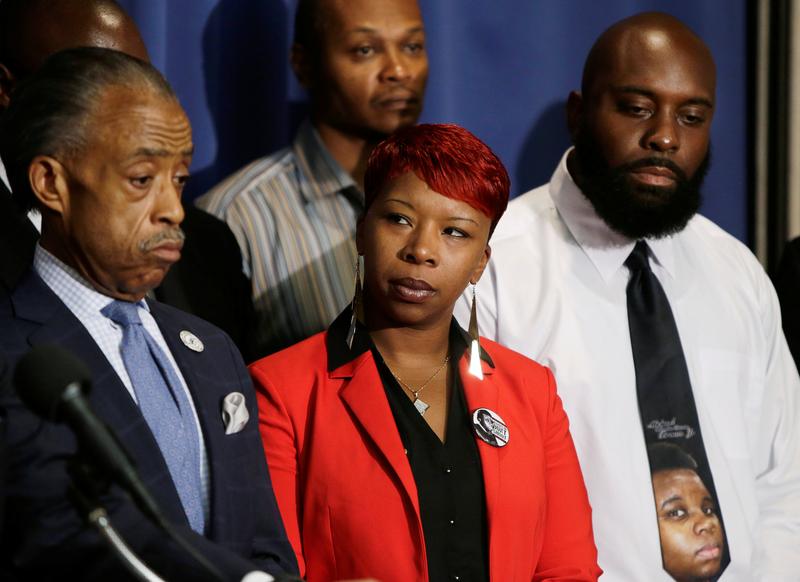 (Reuters) – The mother of Michael Brown, the unarmed black teenager shot to death by a white policeman in Ferguson, Missouri, igniting months of protest and a national debate over race and law enforcement, said on Friday she is running for City Council.

Lezley McSpadden announced her candidacy at an emotionally charged rally surrounded by supporters, a day after the fourth anniversary of her son’s death, which thrust the St. Louis suburb into the global spotlight as an emblem of troubled U.S. race relations.

McSpadden, a onetime grocery store worker who founded and runs a charitable foundation in her son’s name dedicated to various social causes, had previously hinted at her intention to seek a City Council seat at an event in April.

She recounted on Friday how her son’s death left her devastated but ultimately inspired her to run for office.

“It brought me down to my knees and made me feel crippled, as if I could do nothing else anymore from that moment,” she said. “I learned to walk again, and this is one of my first steps, running for Ferguson City Council of 2019.”

“I know a lot of people may ask what makes me qualified. But I’ll tell you. If a mother had to watch her son lay in the street for 4 1/2 hours and watch a community be completely disrespected by elected officials that we elected, what would you do? You would stand up and you would fight too,” she said.

She and her ex-husband, Michael Brown, Sr., settled a wrongful death lawsuit against the city last June over their son’s killing.

The shooting ignited weeks of racially charged protests, during which dozens were arrested.

The predominantly African-American community of 21,000, whose political leadership, police department and public school administration were dominated by whites, erupted in anger again after Wilson was spared from prosecution over Brown’s death.

The turmoil touched off a national debate on discrimination in the criminal justice system, amplifying long-standing grievances about police harassment and mistreatment of minorities and giving rise to the Black Lives Matter movement.