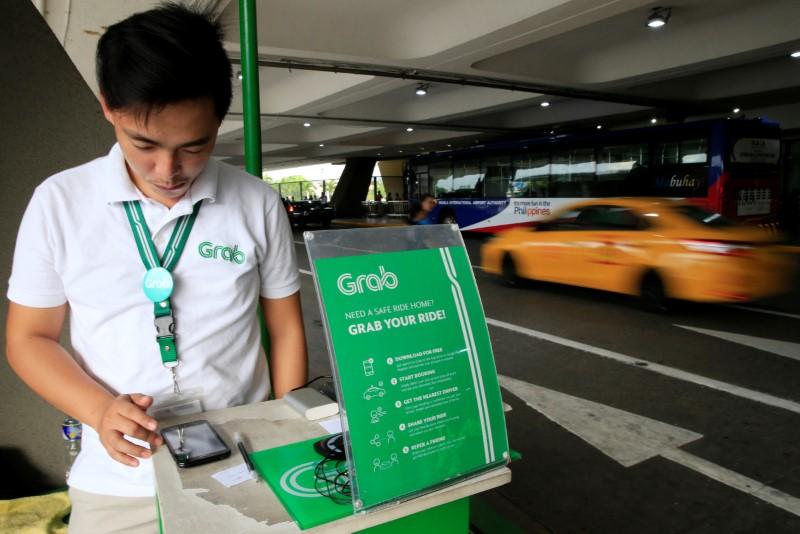 MANILA (Reuters) – The Philippine competition watchdog said on Friday it has approved ride hail firm Grab’s acquisition of Uber’s operations, providing it follows rules to ensure fairness to consumers given its stranglehold of the local market.

FILE PHOTO: A Grab employee uses the Apps to book a cab for passengers at the Ninoy Aquino International Airport (NAIA) in the metro Manila, Philippines, July 22, 2016. REUTERS/Romeo Ranoco

The Philippine Competition Commission (PCC) would strictly monitor Grab’s compliance with conditions intended to improve quality of service over the next 12 months, amid complaints about picky drivers and sharp prices increases at peak times.

Any breach of conditions could result in fines of up to 2 million pesos ($37,624) per offense and serious non-compliance could lead to the Grab-Uber deal being undone, it said.

“While Grab operates as a virtual monopolist, the commitments assure the public that quality and price levels that would prevail are those that had been when they still faced competition from Uber,” PCC chairman Arsenio Balisacan told reporters.

Those include improving fare transparency, acceptance rates for bookings and faster response time to complaints, and re-evaluating drivers incentives.

Grab has a 93 percent share of the Philippines’ ride-hailing market, up from 45 percent when Uber was active.

Grab would abide with its commitments to the regulator, its head, Brian Cu, told reporters.

It would work with the anti-trust agency in appointing an independent trustee to monitor its compliance, he added.

Uber sold its money-losing Southeast Asian business to bigger regional rival Grab in March in exchange for a stake in the Singapore-based firm.

It prompted Malaysia, Vietnam and Singapore to launch separate reviews on the deal.

Several local ride hailing firms have started operations in the Philippines’ capital and in major provinces since March, but have yet to make a dent on Grab’s market share.