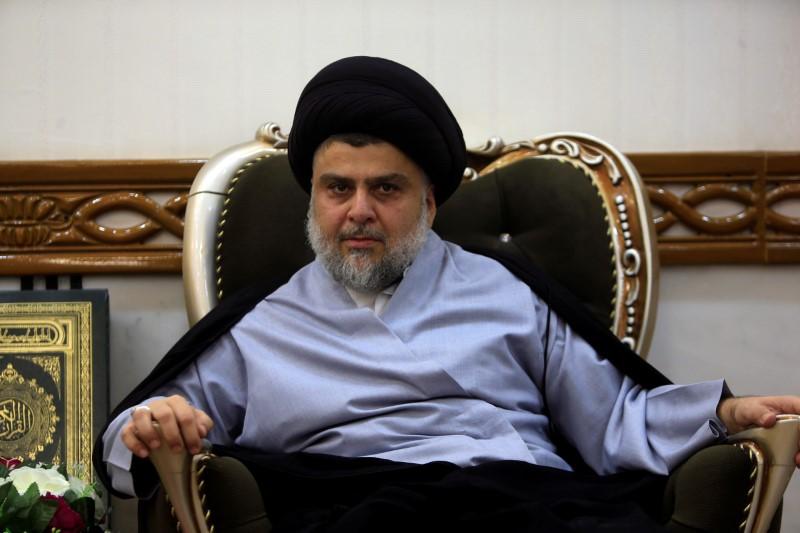 BAGHDAD (Reuters) – Populist Shi’ite cleric Moqtada al-Sadr retained his lead in Iraq’s May parliamentary election, results of a nationwide recount of votes showed on Friday, positioning him to play a central role in forming the country’s next government.

Iraq’s Independent High Election Commission (IHEC) released the results of the recount on its website early on Friday. Parliament ordered the recount in June after widespread allegations of fraud cast doubt on the integrity of the ballot.

The IHEC said the results of the recount matched the initial results from 13 of Iraq’s 18 provinces.

The winning parties are still embroiled in negotiations over forming the next governing coalition three months after the vote, with no sign of an imminent conclusion.

The recount did not alter the initial results significantly, with Sadr keeping his tally of 54 seats.

A group of Iran-backed Shi’ite militia leaders remained second behind Sadr’s bloc but gained an extra seat that pushed them to 48, with incumbent Prime Minister Haider al-Abadi’s bloc still in third place with 42 seats.

Abadi, who is seeking a second term in office, is heading a fragile caretaker government until a new one is formed.

The political uncertainty over the makeup of the new government has raised tensions at a time when public impatience is growing over poor basic services, unemployment and the slow pace of rebuilding after a three-year war with the Islamic State militant group.

Sadr, who also backs the protests, has issued a list of 40 conditions he says the new prime minister has to meet, including being politically independent and not running for re-election, for his bloc to join a governing coalition and that he would go into opposition if the conditions were not met.

The manual recount has been politically contentious from the start, although it was never expected to widely alter the results.

The IHEC said on Monday it had completed the recount but was forced to cut the process short in the capital, Baghdad, because voting records had been destroyed by a warehouse fire two months ago.

The fire broke out hours after parliament ordered the recount and suspended the electoral commission’s leadership, replacing it with a panel of judges, after a government report concluded there were serious violations in an initial count using an electronic vote-counting system.

The digitized system was intended to help regulate and speed up vote-counting. However, critics have claimed the tabulation system in electronic voting machines that were used for the first time were not secure enough from tampering.

The IHEC ignored an anti-corruption body’s warnings about the credibility of the electronic machines used in the election, a document seen by Reuters showed.

The devices, provided by South Korean company Miru Systems under a deal with the IHEC, are at the heart of fraud allegations that led to the manual recount.

Concerns about the election count center on discrepancies in the tallying of votes by the voting machines, mainly in the Kurdish province of Sulaimaniya and the ethnically mixed province of Kirkuk, and suggestions that the devices could have been tampered with or hacked into in order to skew the result.

The United Nations had originally raised concerns about irregularities in voting, particularly in Kirkuk, which helped trigger the recount.

The initial results there were disputed by the Turkmen and Arab communities of the region which is also inhabited by a large Kurdish population.

However, the recount results showed no changes in Kirkuk and very limited changes in Sulaimaniya.

The results announced on Friday can be contested by parties and still have to be ratified by Iraq’s Supreme Federal Court in order to become final.

When the court ratifies the result, a 90-day timeline for the formation of government spelled out in the constitution kicks in. Lawmakers will gather to elect a speaker, then president, and finally a prime minister and their cabinet.

The position of speaker is usually reserved for a Sunni Arab, the mostly ceremonial presidency for a Kurd, and the powerful prime minister always goes to Iraq’s Shi’ite majority.

Negotiations are still expected to drag on, however, as the winning parties – who have competing interests and varying views on issues ranging from U.S. and Iranian influence on government to the integration of militias into the formal security apparatus – try and edge forward in Iraq’s complex system of government formation based on coalition building.