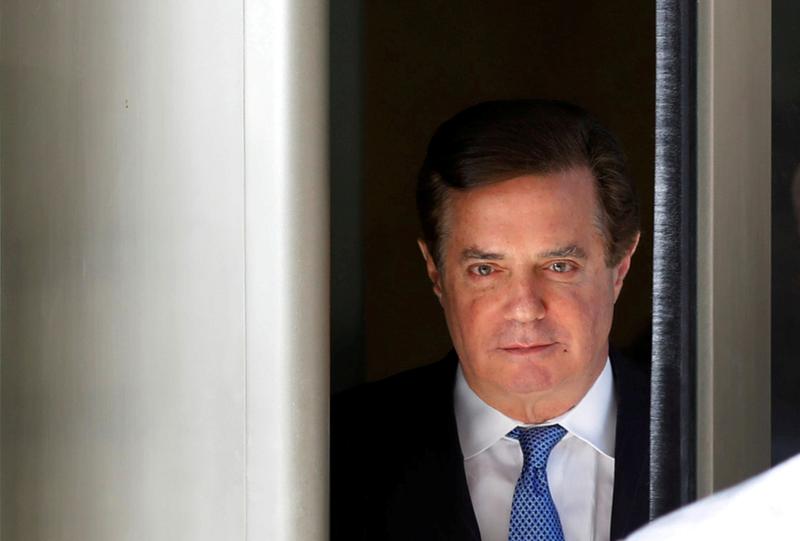 (Reuters) – The U.S. judge in the fraud trial of former Trump campaign Paul Manafort called an unexpected break on Friday, citing other matters, as the prosecution sought to clarify comments made by the judge for the second day in a row.

Witnesses will be called when the trial resumes at 1:45 p.m. EST (1745 GMT), making it unlikely the prosecution will be able to wrap up its case on Friday, as it had expected earlier.

It was unclear exactly why testimony did not resume on Friday morning. T.S. Ellis, the federal judge overseeing the case, reminded jurors on Friday to “keep an open mind,” and said that Manafort is presumed innocent. He gave them explicit instructions to not talk to one another or others about the case.

His comments came after holding a long conversation with lawyers for Manafort and the government in the morning.

“I have a lot of other matters that have intruded,” he said.

Jurors were expected to hear about Manafort’s offer of a Trump administration job to the chief executive of a Chicago bank that gave him $16 million in loans. The prosecution had originally planned on calling four witnesses on Friday.

Earlier on Friday, the prosecutors submitted a filing to the court asking Ellis to clarify remarks regarding a loan Manafort did not get. The judge on Wednesday questioned why they were focusing on the loan from Citizens Bank that Manafort did not actually receive, saying “you might want to spend time on a loan that was granted.”

The government, in its filing, said it wants the judge to explain to the jury that conspiracy to commit fraud is a crime, regardless of whether it is successfully carried out. It is unclear if this was related to the judge’s decision to call a recess.

Ellis surprised observers by apologizing on Thursday for berating prosecutors earlier in the week. He has repeatedly criticized the government’s handling of the case while giving more leeway to Manafort’s attorneys.

Greg Andres, a lawyer on U.S. Special Counsel Robert Mueller’s team, said in court he planned to call the prosecution’s final four witnesses, three of them current or former employees of the Federal Savings Bank.

Four of Manafort’s felony counts involve the $16 million of loans prosecutors say were extended by Federal in late 2016 and early 2017, thanks to a quid pro with its bank’s chief executive, Stephen Calk.

Federal and Calk, who was named an economic adviser to the Trump campaign in August 2016, did not respond to requests for comment.

Manafort emailed his longtime associate, Rick Gates, in late 2016 asking for the incoming Trump administration to consider tapping Calk for secretary of the Army, Gates testified this week.

Gates, the deputy chairman of Trump’s inaugural committee, who also worked on his campaign, was indicted along with Manafort, but pleaded guilty and has been cooperating with Mueller’s investigation. In a filing on Friday, Mueller said Gates is continuing to cooperate with the investigation following his testimony this week.

James Brennan, a vice president at Federal, and Dennis Raico, a former executive, are set to testify on Friday, Andres said. Both Brennan and Raico were granted immunity against prosecution before testifying.

Andrew Chojnowski, whose LinkedIn profile describes him as chief operating officer of home lending at Federal, is also on the witness list.

In addition, prosecutors are expected to call Irfan Kirimca, senior director of ticket operations at the Yankees, to testify about payments for Manafort’s season tickets for the baseball team.

On the stand this week, Gates said Manafort asked if he would “do him a favor” and sign a letter that attributed the cost of the tickets to him. The box seats cost between $210,000 to $225,000 a year, Gates said.

Manafort was applying for loans at the time and witnesses have testified that he tried to represent lower debt and higher income in order to get loans.