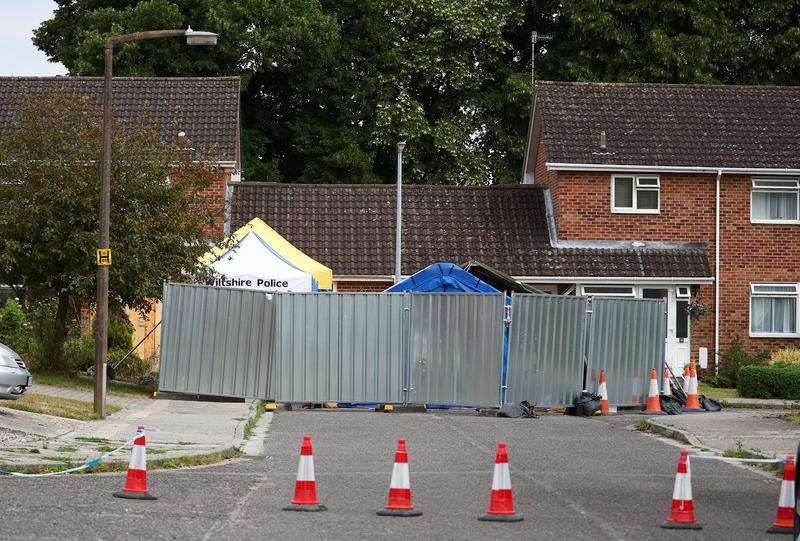 BERKLEY HEIGHTS, New Jersey (Reuters) – The White House said on Friday the United States strongly condemned Russia’s use of chemical weapons against a former Russian agent in Britain, two days after the U.S. State Department announced sanctions over the move.

“The attack against Sergei and Yulia Skripal in Salisbury, United Kingdom, on March 4, 2018, was a reckless display of contempt for the universally held norm against chemical weapons,” said a spokesman for the White House National Security Council in an email.

The spokesman said sanctions that the State Department said it would impose by the end of August fulfilled its legal obligations “after determining a foreign government has used chemical or biological weapons against its own nationals or in violation of international law.”

Skripal, a former colonel in Russia’s GRU military intelligence service, and his 33-year-old daughter were found slumped unconscious on a bench in the southern English city of Salisbury in March, after a liquid form of the Novichok type of nerve agent was applied to his home’s front door.

President Donald Trump, who is spending the week at his golf property in New Jersey, did not comment on the recent sanctions when asked about them by a reporter on Thursday. Trump has sought to improve relations with Russia despite U.S. intelligence findings that Moscow had meddled in the 2016 U.S. presidential election.

European countries and the United States have expelled 100 Russian diplomats since that attack, in the toughest action by Trump against Russia since he came to office.

Trump and his advisers have often appeared at odds over how strongly to act against Moscow. In the run-up to a summit between Trump and Russian President Vladimir Putin in Helsinki last month, U.S. officials repeatedly called out Russia over its “malign” activities, but Trump did not use such language during a news conference with Putin.