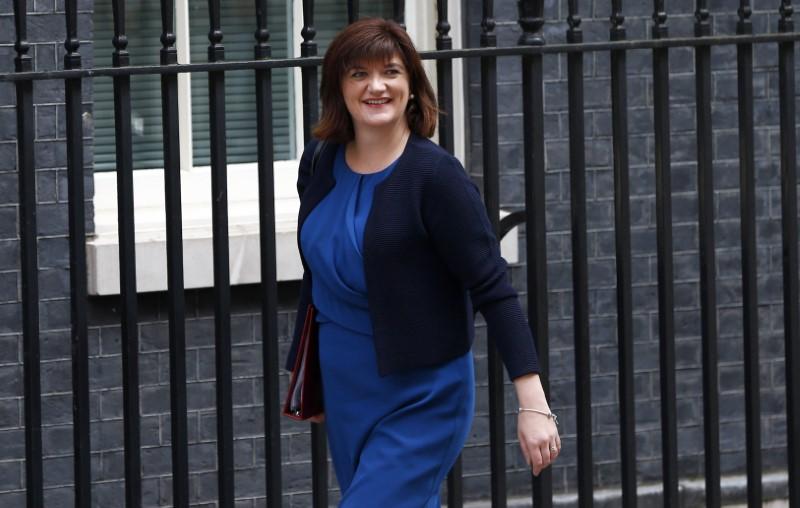 LONDON (Reuters) – British banks should pass on last week’s Bank of England interest rate rise to savers as “a matter of trust”, the chair of the parliament committee which monitors them said on Friday.

“Passing on interest rate rises to savers as well as borrowers is a matter of trust which our banks would do well to take on,” lawmaker Nicky Morgan, a member of Prime Minister Theresa May’s Conservative Party, said on Twitter.

Last week the BoE raised its benchmark interest rate to 0.75 percent from 0.5 percent, its highest since it slashed borrowing costs during the 2008-09 financial crisis.

BoE Governor Mark Carney said he did not expect banks to pass rate rises on in full to savers because during the crisis rates on many low-interest bank accounts had been unable to fall by the full amount by which the BoE cut its own interest rate.

Earlier on Friday, The Times newspaper reported that only one British lender — Beverley Building Society in northern England — had said it would increase interest rates for all savers by 0.25 percentage points.

Interest rates on many mortgages rise automatically by the full amount of BoE interest rate rises.