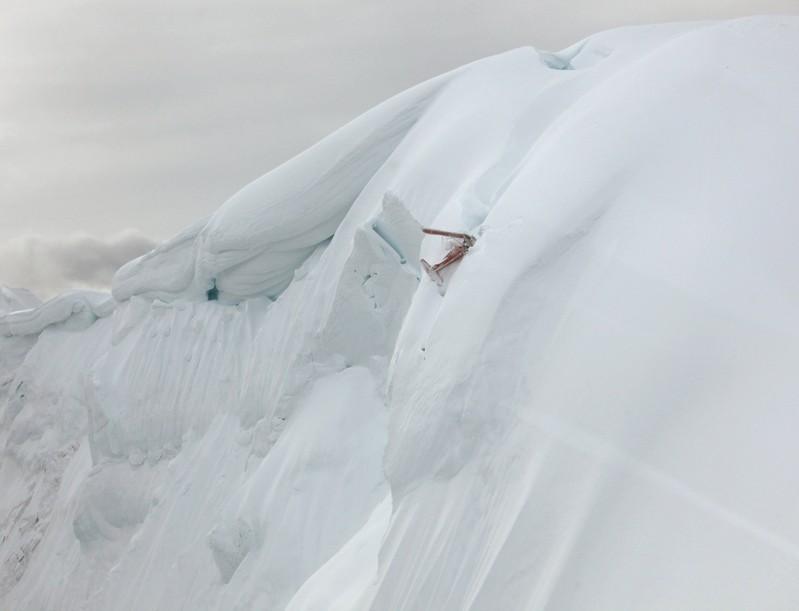 ANCHORAGE, Alaska (Reuters) – A fifth body was found on Friday in the wreckage of an Alaska sightseeing plane that crashed near North America’s tallest peak, leaving no doubt the pilot perished with his four Polish passengers on the steep mountainside, authorities said.

But the site of last Saturday’s crash, which tied the record for the deadliest civilian aviation accident in Denali National Park, was determined to be too treacherous to attempt to recover any of the five bodies, National Park Service officials said.

The plane, a single-engine de Havilland Beaver operated by a local air-taxi company, crashed near the top of Thunder Mountain, about 14 miles (22.5 km) southwest of the summit of Denali, the highest mountain in North America.

The impact left the plane in two pieces, lodged in the crevasse of a hanging glacier nearly 11,000 feet high on a steep, avalanche-prone slope from which unstable ice blocks are protruding, Park Service officials said.

“The tail and fuselage of the aircraft are just hanging on by a piece of metal,” Park Service spokeswoman Katherine Belcher said. Any attempt to move the wreckage or remains would risk further loss of life, she said.

Park rangers first reached the wreckage by helicopter on Monday, suspending one ranger from a safety line from the hovering aircraft while he dug through the snow enough to find the bodies of the four passengers.

The pilot remained missing at that time, and though he was presumed dead, Park Service officials said he apparently had survived long enough to make two distress calls after impact – one giving notification of the crash. The second was unintelligible.

After several weather delays, a second park ranger flown by helicopter to the crash site and lowered in a harness located the pilot’s remains.

The pilot was identified as Craig Layson of Michigan. He worked for K2 Aviation, one of the many companies that ferry tourists and mountaineers from the Alaska town of Talkeetna to the park’s snowy peaks.

The four Polish passengers’ identities were withheld at the request of the Polish government, Belcher said.

Five other people died in Denali in a 1984 tourist flight from Anchorage, but two military crashes in the area in 1944 and 1952 claimed 18 and 19 lives, respectively.

Denali’s mountaineering activities, meanwhile, have proven safer than usual, with no Denali climber deaths reported so far this year for the first time in 15 years, the Park Service said.

Reporting by Yereth Rosen in Anchorage; Editing by Steve Gorman