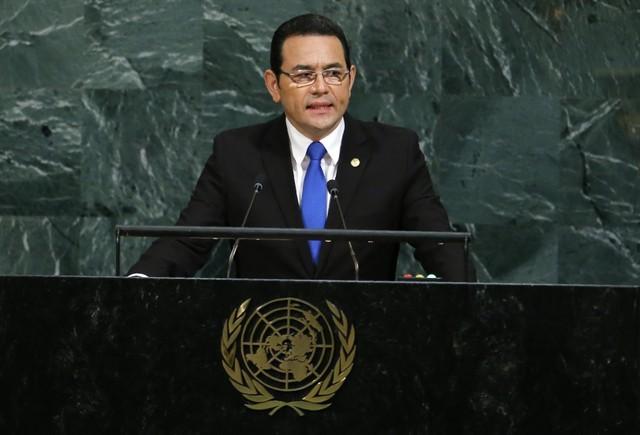 GUATEMALA CITY (Reuters) – Guatemala’s attorney general and the U.N.-backed International Commission Against Impunity in Guatemala (CICIG) moved on Friday to lift President Jimmy Morales’ immunity so he can be investigated for alleged illicit campaign financing.

It is the third time that the attorney general and the CICIG, which has taken the lead in pursuing high-level corruption cases in Guatemala, have sought to remove Morales’ immunity – which would require the support of two-thirds of Congress.

The attorney general and CICIG want to determine the origin of some $1 million in undeclared campaign financing Morales managed as secretary general of the conservative National Convergence Front (FCN) party he led from 2015 to 2016. Morales has denied any wrongdoing.

Attorney General Consuelo Porras said the request to strip Morales of his immunity came after new evidence had surfaced.

Morales said in a statement that he respected the rule of law, had left the “new case against him” in the hands of the institutions, and trusted the process would abide by the law and not be subject to political interests.

Under the leadership of Ivan Velasquez, a veteran Colombian prosecutor, the CICIG has investigated Morales’ son and brother, before training its sights on him.

The Guatemalan president won office in 2015 running on a platform of honest governance after his predecessor Otto Perez Molina was forced to resign and was imprisoned in a multi-million dollar graft case stemming from a commission investigation.