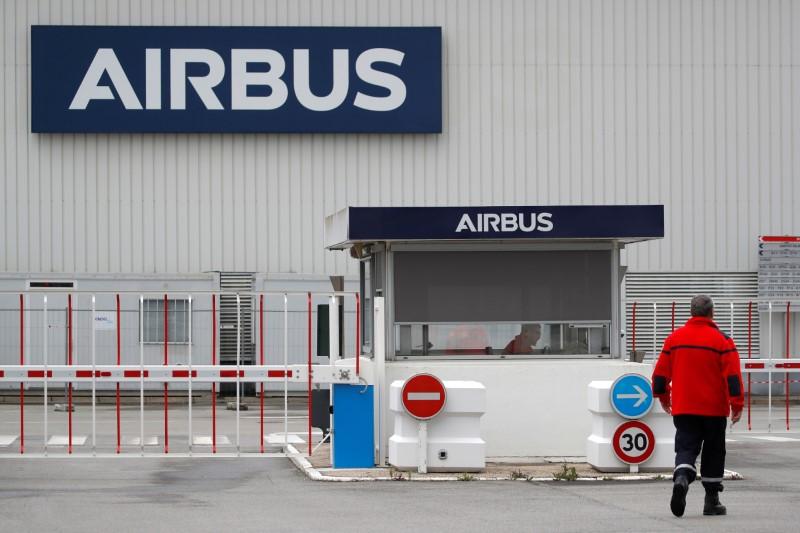 The logo of Airbus is pictured at the entrance of the Airbus facility in Bouguenais, near Nantes, France April 27, 2020. REUTERS/Stephane Mahe

The scheme mirrors government-backed plans in France to help the automobile sector and comes as the aerospace industry seeks funding to help suppliers to overcome the coronavirus crisis.

Aircraft production has virtually halted since the pandemic shut down most travel, and many suppliers urgently need cash.

If adopted, the new “Aerofund 4” would follow on the heels of three similar packages for the industry dating back to 2004 and represent the largest effort to prop up one of France’s key export sectors.

But there have been divisions over the best approach and no final sum has been agreed.

“It’s being discussed; it isn’t done yet,”‘ one source said.

One lawmaker said the fund could hold 1 billion euros ($1.12 billion), but that negotiations were ongoing.

France’s GIFAS aerospace industry association, which is coordinating efforts by the aerospace companies to support the supply chain, could not be reached for comment.

The proposed 200-million-euro industrial contribution could be matched by private equity fund Tikehau Capital, whose ACE Management unit managed earlier aerospace funds, though it has not yet been formally appointed.

France’s BPI state bank could put up some 100 million euros with the rest to be raised externally, one of the sources said.

Funds would be used to make investments in small firms or to support consolidation among small suppliers. But at least one of the big industrial companies is reluctant to encourage mergers in the supply chain, believing this is not its role, sources said.