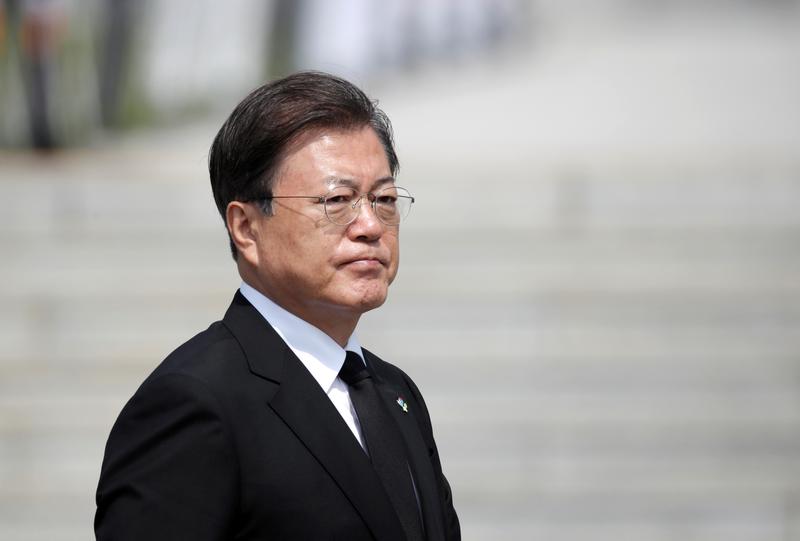 The recent flaring of tension between the neighbours stoked fear of a military provocation by the North, and posed another setback amid stalled talks to rein in its nuclear and missile programmes.

Besides the threat to sever ties, state media over the past few days have aired the possibility of closing a joint liaison office in the North and retaliatory measures for a campaign by defectors to fly anti-Pyongyang leaflets across the border.

“The promises of peace on the Korean peninsula that Chairman Kim Jong Un made before our 80 million people cannot be turned back,” Moon told a meeting with senior aides, referring to pacts struck at summit of the two leaders in 2018.

“North Korea should not cut communications, raise tension and try to go back to the past era of confrontation,” he added.

“I hope it will resolve uncomfortable, difficult problems through communications and cooperation.”

Moon’s remarks came as South Korea marked the 20th anniversary on Monday of the first summit between the two nations, which had pledged to step up dialogue and cooperation.

At their own first summit in 2018, Moon and Kim signed a declaration to work for a “complete denuclearisation of the Korean peninsula” and cease “all hostile acts”.

But the North cut hotlines with its neighbour last week and vowed to suspend all contact if Seoul did not halt defectors from sending in leaflets and other material.

“I also regret that North Korea-U.S. and inter-Korean relations have not made progress as expected,” Moon said in a separate anniversary message.

“But what’s most important is trust, which the South and North should build through constant dialogue.”