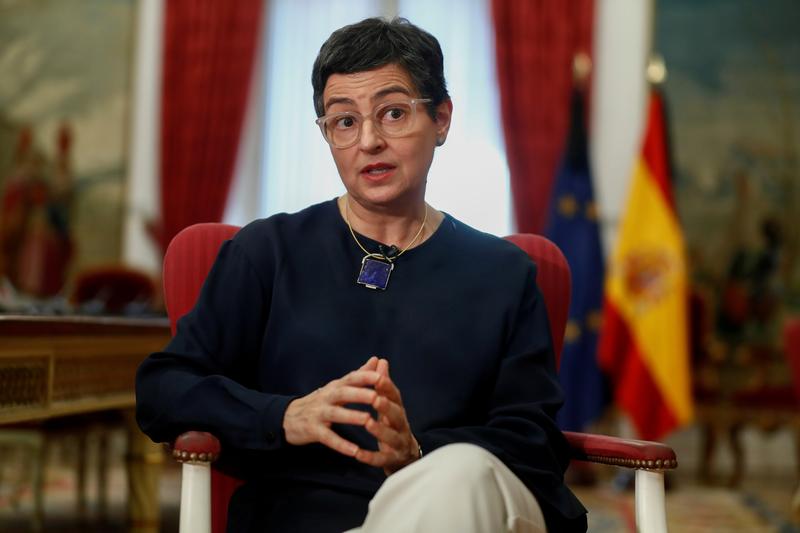 FILE PHOTO: Spanish Foreign Minister Arancha Gonzalez Laya reacts during an interview with Reuters at the Ministry of Foreign Affairs, in Madrid, Spain May 28, 2020. REUTERS/Susana Vera/

MADRID (Reuters) – Spain is considering imposing a quarantine on visitors from the United Kingdom when it opens its borders next week in reciprocity to a similar measure imposed by London, Spanish Foreign Minister Arancha Gonzalez Laya said on the BBC.

“We will be checking what the UK will be doing and we will be in a dialogue with the UK to see whether or not we should be introducing reciprocity as they have different measures than the rest of the European Union,” Gonzalez Laya said in an interview with the BBC.