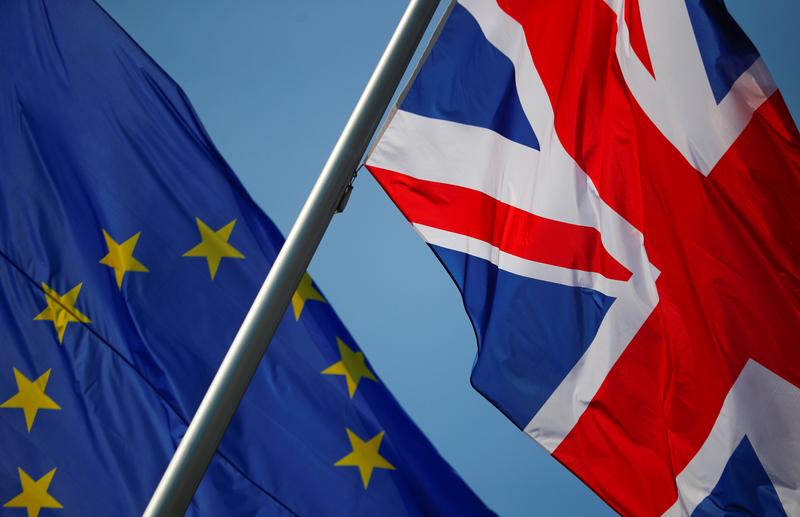 FILE PHOTO: European Union and British flags flutter in front of a chancellery ahead of a visit of British Prime Minister Theresa May in Berlin, Germany, April 9, 2019. REUTERS/Hannibal Hanschke

BERLIN (Reuters) – Negotiations on the future relationship between Britain and the European Union will enter a hot phase from September, a German government document reviewed by Reuters showed.

British Prime Minister Boris Johnson on Monday suggested an agreement could be reached in July with “a bit of oomph”. But the German government document, dated June 15, showed Berlin expected the negotiations to take longer.

“From September, the negotiations enter a hot phase,” it read. “Britain is already escalating threats in Brussels, wants to settle as much as possible in the shortest possible time and hopes to achieve last-minute success in the negotiations.”