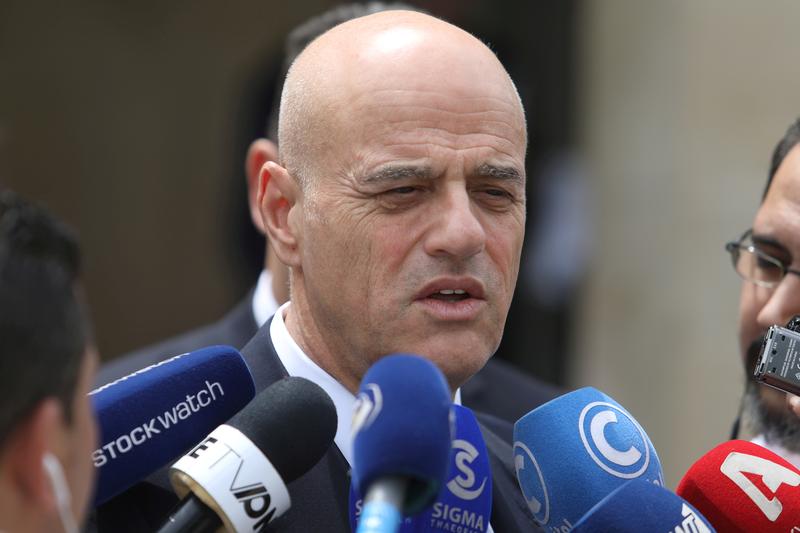 MILAN/LONDON (Reuters) – Eni CEO Claudio Descalzi wants to turn the 67-year-old Italian oil and gas firm into a greener business, focusing on clean low-carbon products to build a huge customer base which he believes can steady the ship and attract investors more than ever.

The veteran oil executive, reappointed as Eni (ENI.MI) chief for a third time in May, told Reuters he wants to ensure Eni will play a role in the energy transition which he believes has accelerated in the wake of the coronavirus crisis.

“In these next 3 years I want to trace a completely irreversible path for the group,” Descalzi said.

The 65-year-old, who was in charge of upstream business at Eni before taking over the top spot in 2014, is looking to create a slimmer and more flexible company that can switch very rapidly to meet market conditions but which has a clear long-term direction.

“What’s clear is we need to deliver different kinds of energy products to our clients,” he said.

In February Eni pledged to slash its greenhouse gas emissions by 80% in one of the most ambitious clean-up drives in an industry under pressure from investors to go green.

To do that it will have less oil and more gas in its portfolio, build its renewable capacity, convert refineries to biofuels and step up forestry and carbon capture projects.

“The impact of COVID-19 will be with us for a year or two and that’s why we worked extra fast on our new re-organisation,” Descalzi said.

Eni split its business in two this month, creating a division to focus on clean energy to prepare for a decarbonised future.

The plans come as the oil and gas sector faces a collapse in demand following the coronavirus epidemic and uncertainty over longer-term demand as governments battle climate change.

Descalzi dismissed concerns that pivoting away from oil could undermine returns since the new “Energy Evolution” businesses are less capital intensive and less risky with some 80% of the new energy in OECD countries.

The group intends to introduce new raw materials to feed its bio-refineries and power stations including biogas, animal fats, and inorganic waste as it looks to develop the clean products it says will increase its customer base from 9 million to more than 20 million by 2050.

“We’re getting 15% returns on our bio-refineries and that will grow further when we take palm oil out of the mix by end 2022,” Descalzi said. “So we can compare the returns to upstream business – only with lower risk.”

The energy giant is also betting on large-scale carbon capture, utilisation and storage (CCUS) investments to help clean up the gas that will feature large in its fossil fuel portfolio as oil is wound down after 2025.

In January it announced an agreement with ADNOC to develop CCUS facilities in Abu Dhabi and Descalzi said there are plans for carbon storage at Liverpool Bay in Britain.

That is in addition to large-scale investments around Ravenna, the Italian town close to the Adriatic Sea, where the group has a power plant, chemical production and offshore gas reserves. Eni has vast areas of depleted gas fields in the Adriatic it can use to store its CO2 as well as that of others.

“We want to create one of the biggest CO2 hubs in the world,” he said.

Eni’s plans also include developing its own renewable energy business where the aim is to install 15 gigawatts (GW) of capacity by 2030, from 0.2 GW last year, before taking it to more than 55 GW in 2050.

“On the Energy Evolution front our aim is to grow organically but we don’t rule out small affordable M&A if the right opportunity comes along,” he said.