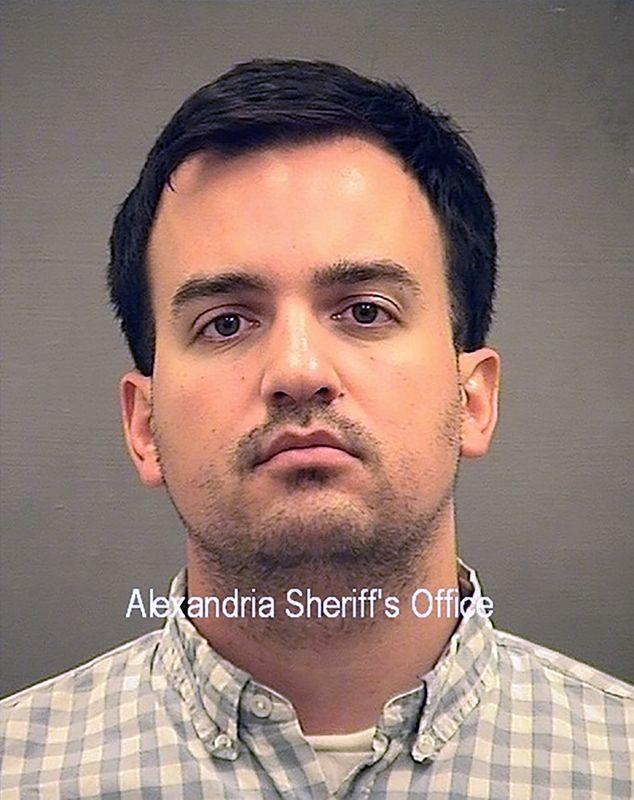 (Reuters) – A federal judge on Thursday sentenced a former counterterrorism analyst with the U.S. Defense Intelligence Agency to serve two and a half years in prison for leaking classified material about a foreign country’s weapons system to two journalists, the Justice Department said.

FILE PHOTO: A police booking mugshot shows U.S. Defense Intelligence Agency analyst Henry Kyle Frese after his arrest by U.S. federal authorities on charges that he leaked classified materials about a foreign country’s weapons system to two journalists, in an image that was released by the Alexandria SheriffÕs Office in Alexandria, Virginia, U.S. on October 10, 2019. Alexandria SheriffÕs Office/Handout via REUTERS

The sentencing came after Henry Kyle Frese, 31, pleaded guilty in February here to one count of wilful transmission of top secret national defense information, a charge that carried a maximum penalty of 10 years in prison. Frese was arrested in October here over the charges.

The information that Frese passed to the journalists appeared in at least eight different news stories, which were based on five separate intelligence reports, according to court documents.

The two reporters to whom he leaked the information in 2018 and 2019 were colleagues, and one of them was apparently romantically involved with Frese, according to court filings.

The Justice Department never identified the reporters or their outlets directly; however, Twitter messages referenced in public filings indicate they worked for NBC and CNBC, which are owned by Comcast.

The sentence imposed by U.S. District Judge Leonie M. Brinkema in the Eastern District of Virginia was far less than the nine years requested by the government, but a little more than the term of a year and a day that was requested by Frese’s attorneys.

“The disclosures here did not derive from any intent to hurt the United States or Mr. Frese’s dissatisfaction with the President or U.S. policy,” his defense lawyer wrote in his sentencing memo, adding that his client’s judgment was clouded by “a misguided effort to salvage a relationship that was

Assistant Attorney General for National Security John Demers said in a statement that Frese’s actions created “grave harm to the security of this country.”

“His conviction and sentence demonstrate the Department’s commitment to the investigation and prosecution of such betrayals,” he added.